The review article of interest to gynecologists cannot pass without comment, as the Department of Obstetrics and Gynecology, Erlangen University Hospital, occasionally makes seemingly radical statements on the relationship between quantity and quality. Luckily, these do not remain unchallenged (1).

The 140 “simple” hysterectomies per year are divided among the large number of doctors at a single university hospital. For reasons stated above, we may therefore ask how the above-mentioned relationship arises. It would have been interesting to know how many operations were performed by a single surgeon.

Financial and medical issues relating to operating times, which seem very long (why does a vaginal hysterectomy take so long?) should also be carefully scrutinized.

With an average hospital stay of ten days following abdominal hysterectomy, it is clear where there is still potential for savings, not to mention how good the relationship with Germany's Medical Service for Health Insurers must be to avoid drowning in a flood of inquiries: “tu felix universitas?”

In summary, Prof. Egger may be quoted (2): “...mainly a medical discussion as to whether a total hysterectomy...is necessary,” and “...total vaginal hysterectomy...the simplest, fastest operation, and...the operation with fewest side effects.” 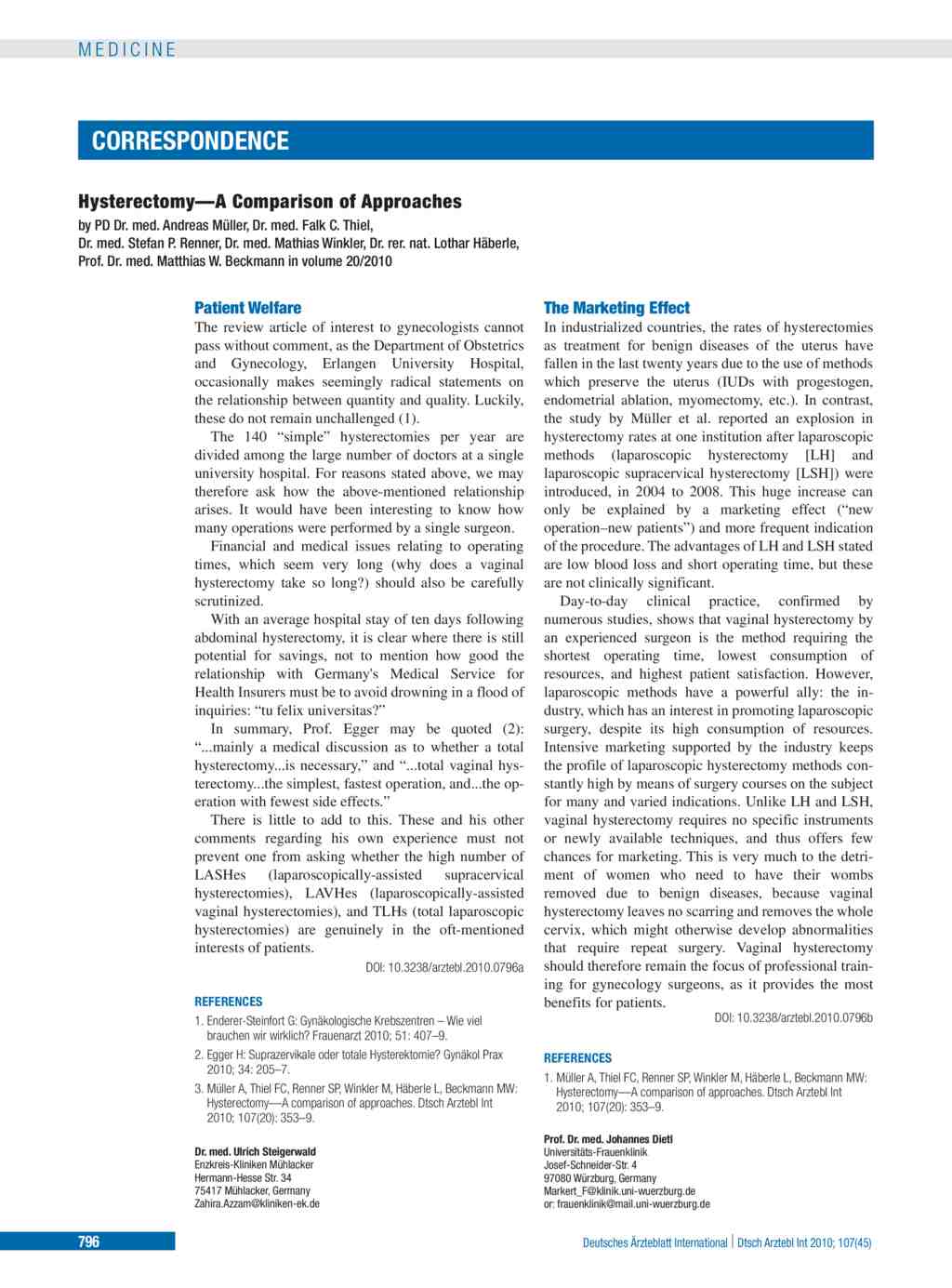