In assessing new approaches to hysterectomy, one of the authors’ conclusions is that vaginal hysterectomy and laparoscopic methods (laparoscopically-assisted supracervical hysterectomy [LASH] and total laparoscopic hysterectomy [TLH]) are equally valid alternatives. As vaginal hysterectomy showed significantly shorter operating times and the lowest total rate of intraoperative and postoperative complications, this seems doubtful. Also, a supporter of the school of vaginal surgery would wonder why the potential of vaginal hysterectomies for the presented disease profile has not been fully explored, and why a vaginal approach is not selected more often. Although the size and flexibility of the uterus restrict vaginal access, if only 74 vaginal hysterectomies were performed over seven years (2002 to 2008)–as compared to 413 TLHs–ten or eleven operations per year make this surgery a rare event. Admittedly, including cases which meet exclusion criteria (other operations in addition to hysterectomy) qualifies this suspicion. However, even on this basis there are 958 abdominal operations (excluding LASHes) and “only” 377 vaginal hysterectomies (58 cases per year), and these are divided among several surgeons; only six authors were involved with the published article. If surgery were carried out more frequently, initial conditions (size of uterus, spatial proportions) could be better understood, technique (morcellation) and results (operating time, blood loss, complication rate) could be improved, and more patients could be offered vaginal hysterectomies. If only half of the 413 patients who underwent TLHs (average operating time 108 minutes) had been operated on vaginally (operating time 87 minutes), 72 hours of operating time could have been saved. In addition, the women in question would have been spared the disadvantages of laparoscopic surgery (surgery in the head-down position, several small abdominal incisions, gas insufflation, administration of anesthesia, length of anesthesia). 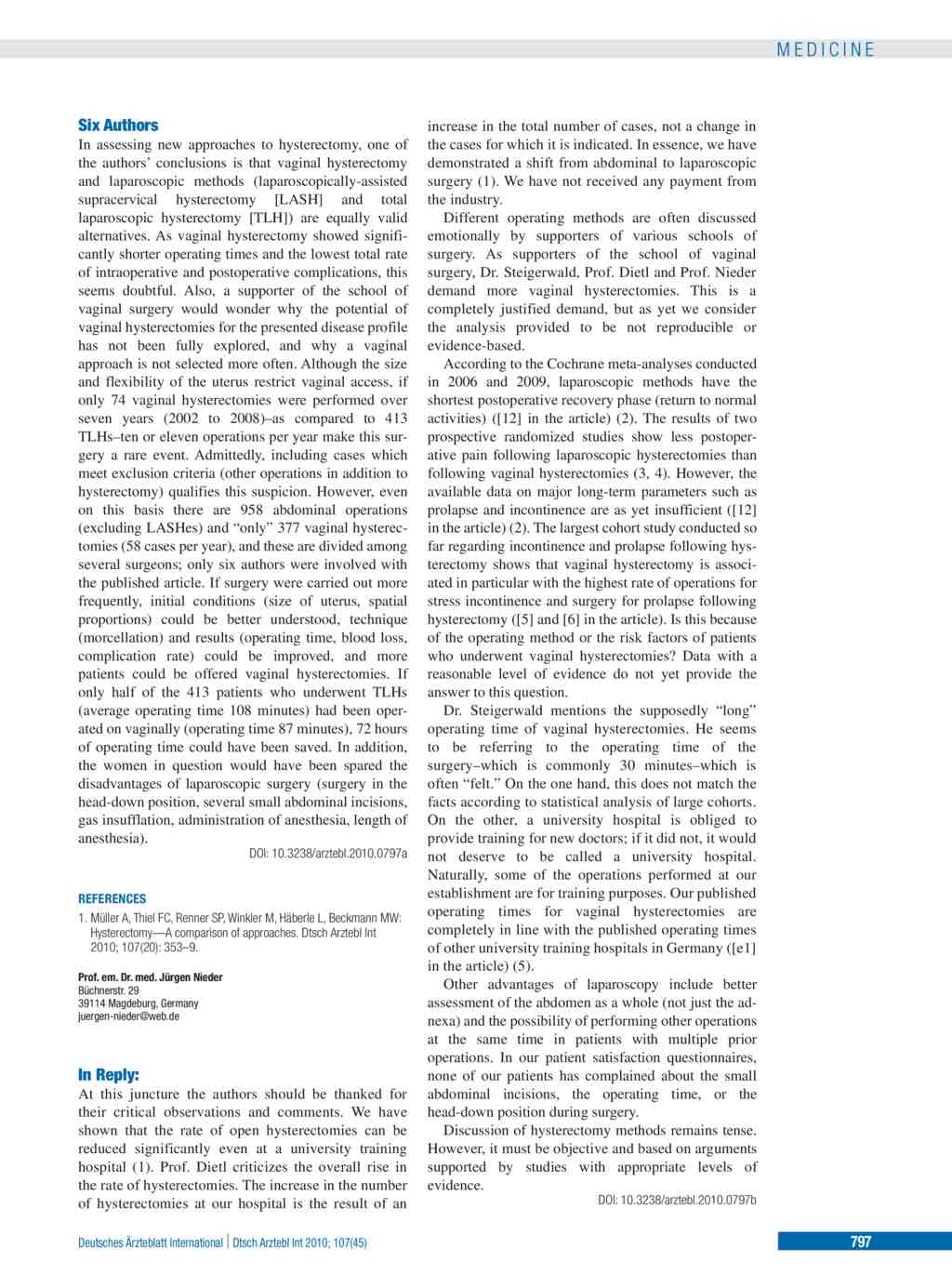