All women with urinary incontinence should be provided with the opportunity for individualized treatment. In women with an overactive bladder, this includes local vaginal administration of estriol (0.5 mg/day). This metabolite of estradiol, which does not affect the endometrium, does not require addition of gestagen because it binds to the estrogen receptor for 1–4 hours only, compared with 6–24 hours for estradiol. This difference, by a factor of 6, means that local estriol treatment does not incur any risk of thromboembolism or increased diagnoses of breast cancer, according to studies from Scandinavia

To treat urge incontinence that develops after the menopause as a result of tissue atrophy subsequent to estrogen deficiency, estriol has been successful for 30 years. In urinary urge in women of perimenopausal age, progesterone deficiency should be borne in mind. Substitution treatment (locally-vaginally, without any relevant risks) reduces detrusor overactivity. This applies to women with a fairly recent menopause.

Estriol has a proliferative effect in the vaginal, urethral, and bladder epithelium via beta-receptors. Estriol binds by a factor of 7 less often to the alpha-receptor than estradiol (dominant in the endometrium and glandular breast tissue). Estriol improves perfusion in the urethral area including closure mechanisms via beta-receptors in the endothelia. Local estriol 0.5 mg/day for 2–3 weeks is then reduced to 3-day intervals and later 1-week intervals. Optimum therapy is reached after 3 months.

A prospective, multicenter study (1) showed for 80% of 600 postmenopausal women with symptoms of incontinence a subjective improvement after 6 weeks (even for grade 3 incontinence). High frequency of micturition halved. These findings were confirmed by a smaller study (2) and a placebo controlled study (3): local estriol significantly improved incontinence as a result of urogenital atrophy in 7 out of 10 women; in the placebo group, only 1 in 7 women experienced an improvement. 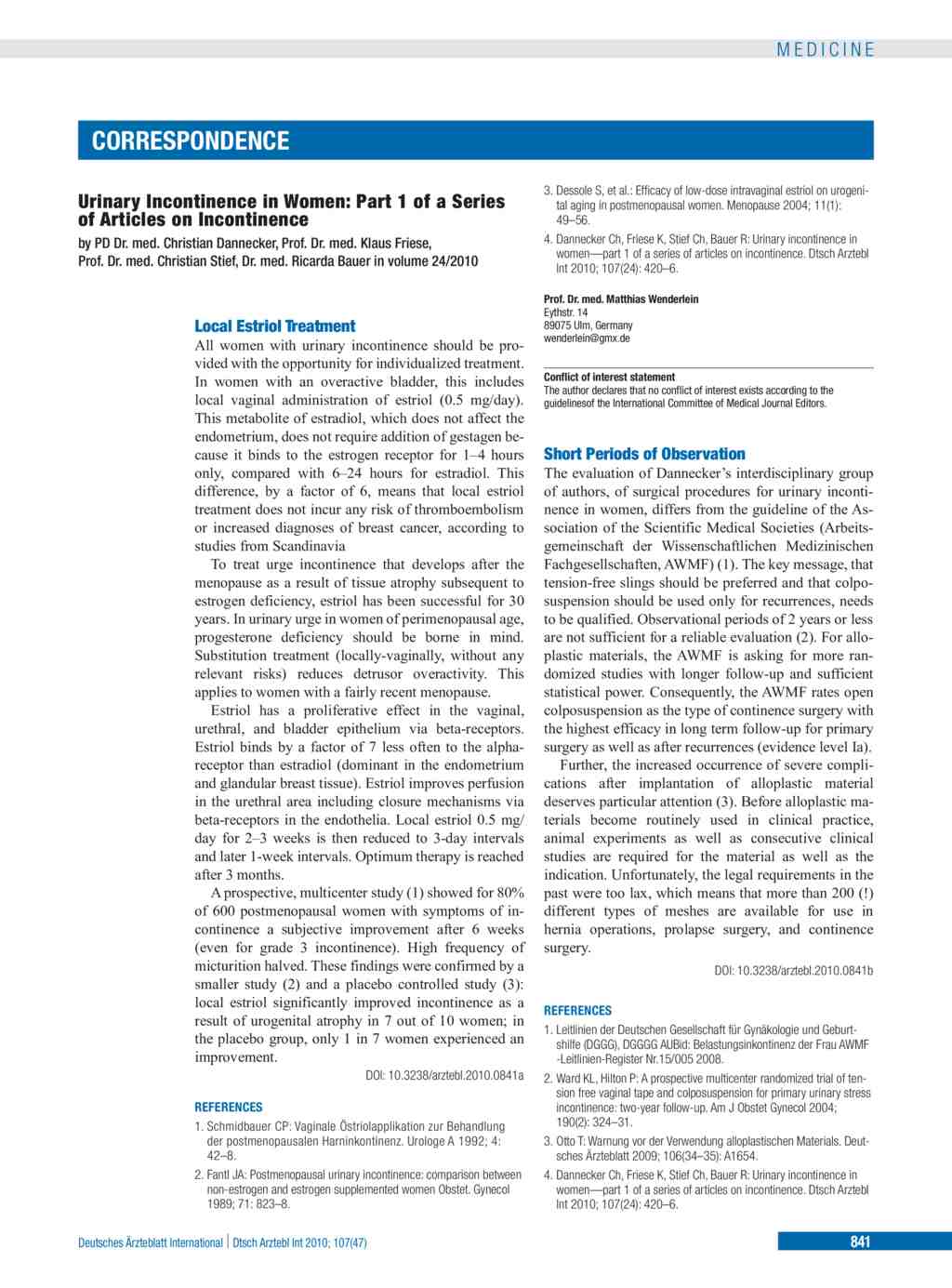