The article showed clearly the risk for hypertension and other cardiovascular diseases as well as a reduction in blood pressure in hypertensive and normotensive subjects.

These data are supported by two recent studies (1, 2). One used a complex model to simulate the population-wide reduction of dietary salt by 3 g/day (3). The study found that the number of new cases of coronary heart disease (CHD) in the US could be reduced by 60 000 to 100 000 per year; for stroke, myocardial infarction and other causes of death the reductions were of a similar order of magnitude. Additionally, the benefits of reducing dietary salt by using salt substitutes or spices were shown, as was the prevention of the typical rise in blood pressure with increasing age (2). In the short term, after 4 months of reducing dietary salt , hypertensive subjects showed a 11.2/7.5 mm Hg fall in blood pressure, which was further increased to 16.1/9.9 mm Hg by reducing calorie intake (3).

Only few European countries have thus far used legislation to reduce the burden of disease by reducing dietary salt. Typical for this situation is a recent press release according to which Germany’s bakers were able to stand their ground against EU bodies, meaning that they are allowed to keep the salt content in bread at a level that is double the permitted amount, making bread the main source of daily dietary salt intake in Germany.

Attempts should be made to follow the recommended amount of 6.8 g/day for people aged up to 40 and of below 3.7 g/d for people with hypertension. In spite of substantial data, health political pressures are not likely to affect the power of lobbyists in Brussels and Berlin. Another sign of this is the likely failure of the planned traffic light marking system for foods, which would award a “red” mark to foods with a high salt content. 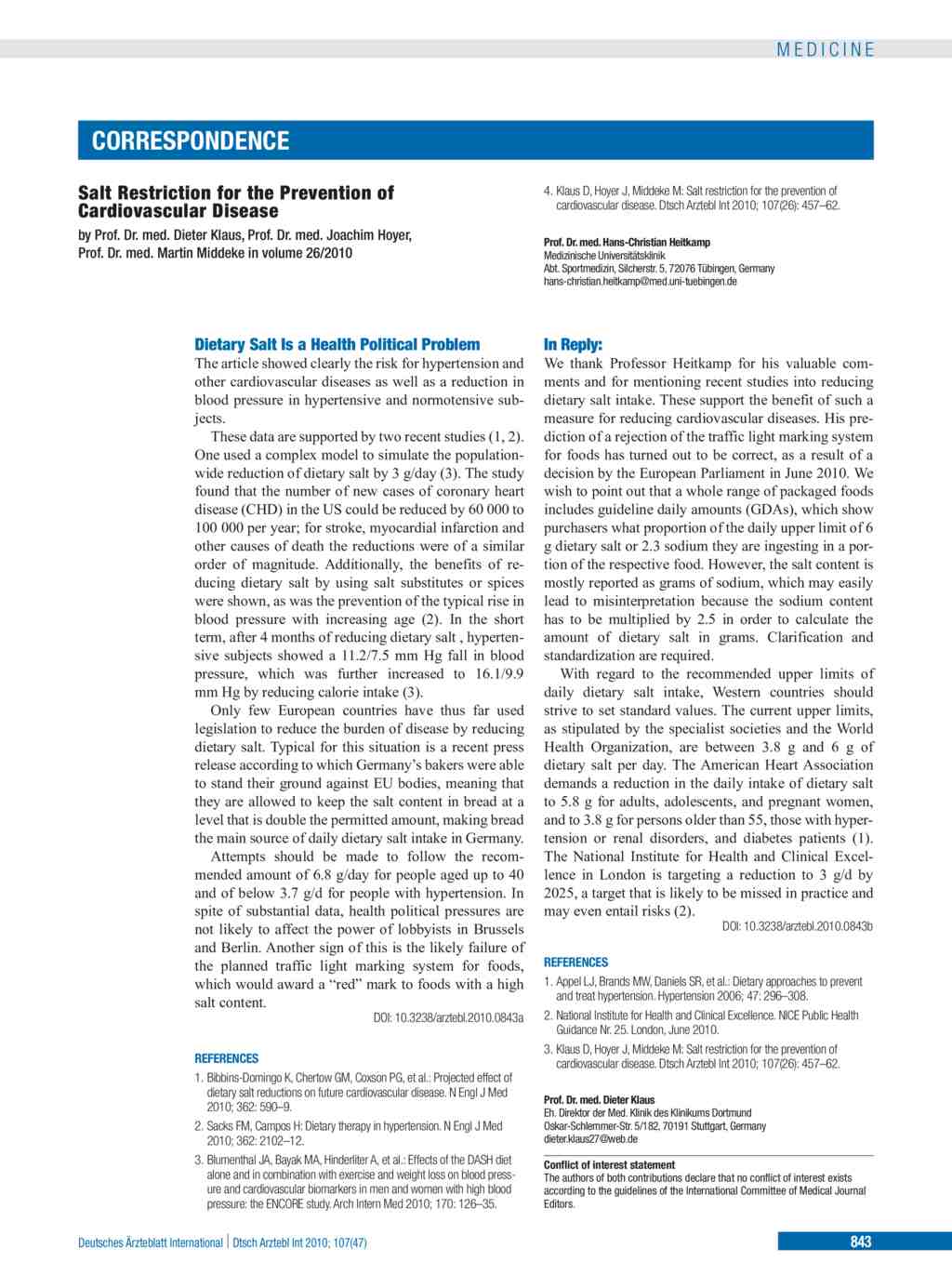