The authors are to be congratulated on their excellent article (1), which was published to coincide with the beginning of the Global Year Against Acute Pain campaign announced by the International Association for the Study of Pain (IASP). Even though the target parameter of “unacceptable” pain is bound to require additional validation in further cohorts of patients, the study showed what striking deficiencies exist in pain management in German hospitals. The fact that more than half of patients have to tolerate pain levels that they find unacceptable after routine interventions such as cholecystectomies, thyroidectomies, or herniotomies is shocking, in view of available analgesics and existing guidelines.

As the authors state, the study reflects substantial shortcomings in the areas of awareness and implementation of algorithms for analgesia and especially in clinical organizational structures. Clinical pathways are a proven method of bringing effective analgesia to the patient's bedside. These treatment tools define standardized diagnostic and therapeutic steps for specific pathologies or interventions (2). In a study we compared patients undergoing renal transplantation who had been treated with a clinical pathway that provided defined pain management for each patient according to the WHO analgesic ladder with a historical control group that was treated without a standardized analgesic scheme. Patients treated according to the pathway significantly less often requested additional analgesia, which shows that their pain management was more successful (3).

On the basis of these findings we wish to promote the application of clinical pathways in the perioperative as well as the conservative settings. In our opinion, such pathways can contribute to improving the situation of shockingly unsatisfactory pain management described by Maier et al, provided that the pathways were developed, implemented, and continually applied in an appropriate manner. 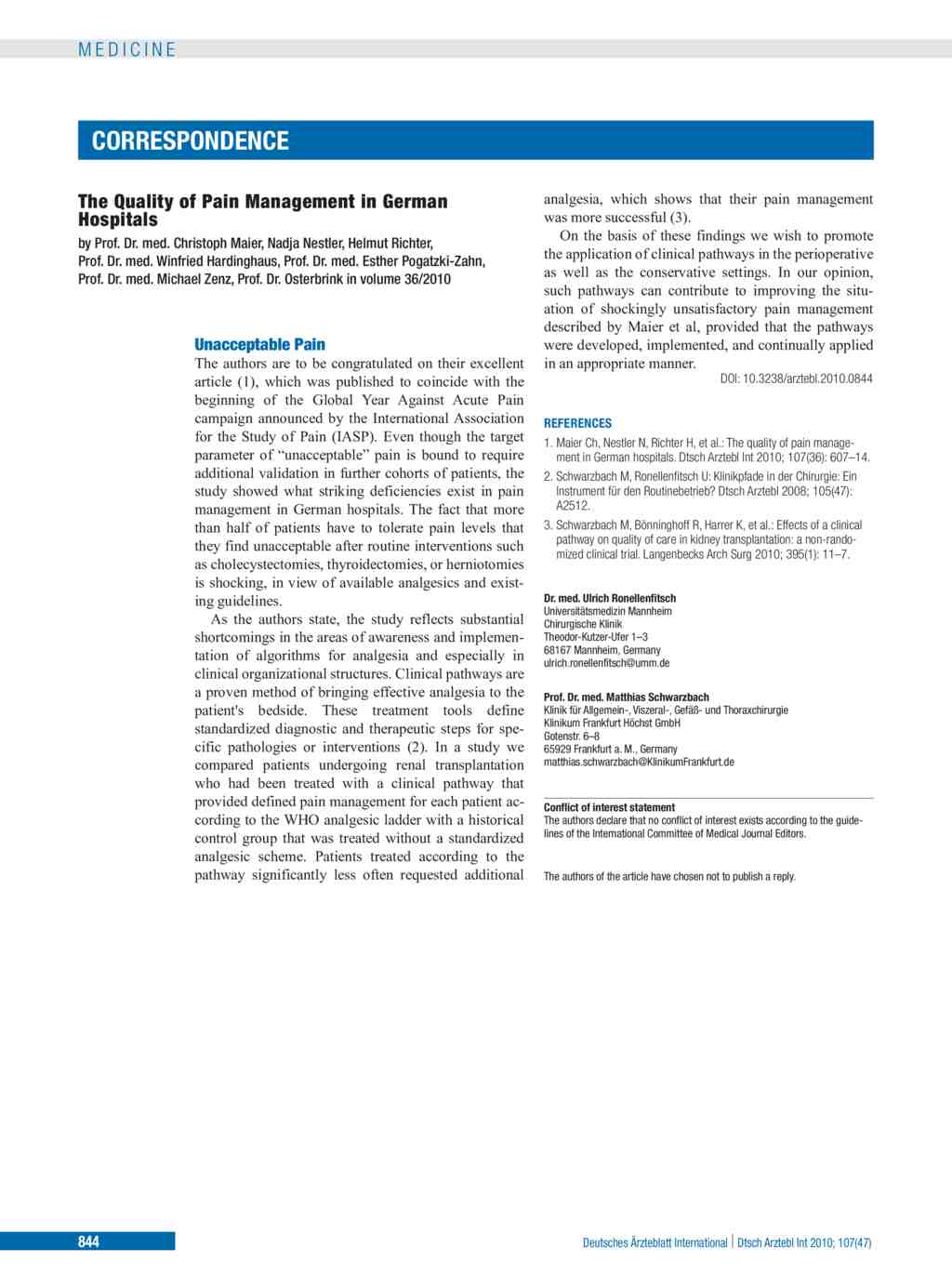