Egidi emphasizes that tonsillectomy is not a trivial procedure. We agree, and we wish to point out that we in no way created this impression at any point in our article. He correctly points out that the indication for tonsillectomy should be narrowly defined, especially in children. The study he cites, however, includes only adult patients. The indication for tonsillectomy in adults differs from that in children. Further, we wish to point out that tonsillectomy is a very common procedure in Germany, with more than 110 000 operations per year (1). A large proportion of your readers will be able to judge for themselves whether they risked “health and life” by undergoing the procedure.

The correspondent points out that a retrospective study surveying affected patients has an inherent bias because any affected patient would question their own decision in the context of such a survey. This insight really is trivial and applies to any retrospective patient survey, not only to decisions in favor of surgical treatment.

Whether the study we presented is of no value, as Egidi says, will be judged by those who deal with the indication for tonsillectomy in adults, either in clinical practice or academically/scientifically.

The authors of both contributions declare that no conflict of interest exists according to the guidelines of the International Committee of Medical Journal Editors. 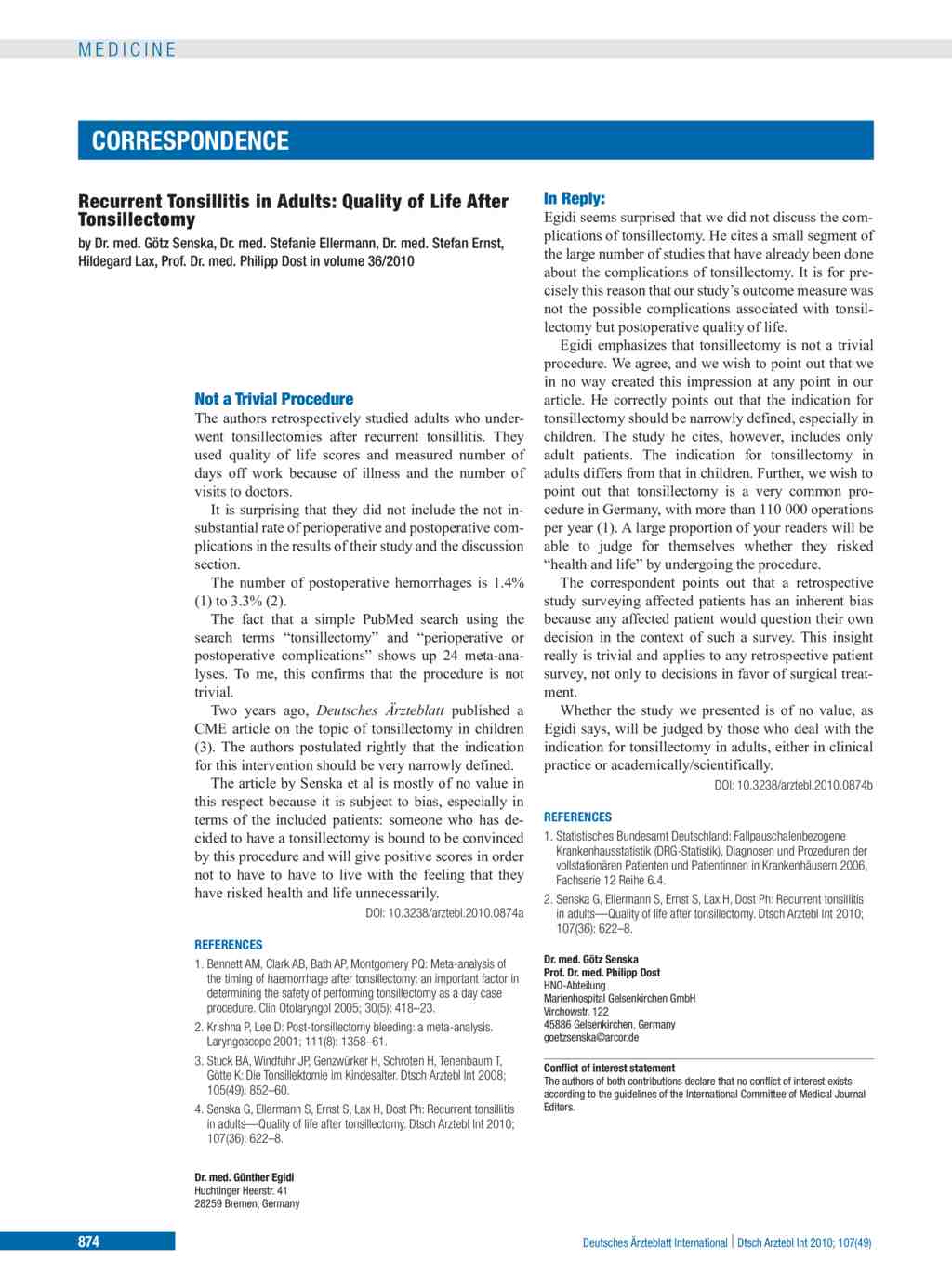