The PRISCUS list is a valuable tool for identifying potentially inadequate medication in elderly patients (1). To what extent are medications from this list being prescribed in a university-based hospital?

At Freiburg University Medical Center, a computerized physician order entry system (MEONA) has been in use since early 2008 (2). To increase medication safety, drug prescriptions are checked for several aspects (including allergies, interactions, dosages, contraindications). Up to now, 9656 patients aged 65 or older have been treated using this system. 186 419 oral medications were prescribed to these patients.

In conclusion, an academic hospital actually does prescribe substances included in the PRISCUS list for elderly patients; this is especially the case for the benzodiazepines. Lorazepam was mainly administered around interventions and in adequate dosages, whereas lortemazepam was given as a regular sleeping aid at a dose of 1 to 2 mg/d, which is too high for elderly patients.

No information is currently available on the actual tolerability of the preparations. The electronic prescribing system was adapted in such a way that an alert is issued immediately if any attempt is made to prescribe a drug from the PRISCUS list to an elderly patient; further, the system suggests alternative medications. We will report back to which extent this intervention influences prescribing behavior in potentially inadequate medication in elderly patients.

Conflict of interest statement
The authors are employed by Meona GmbH. 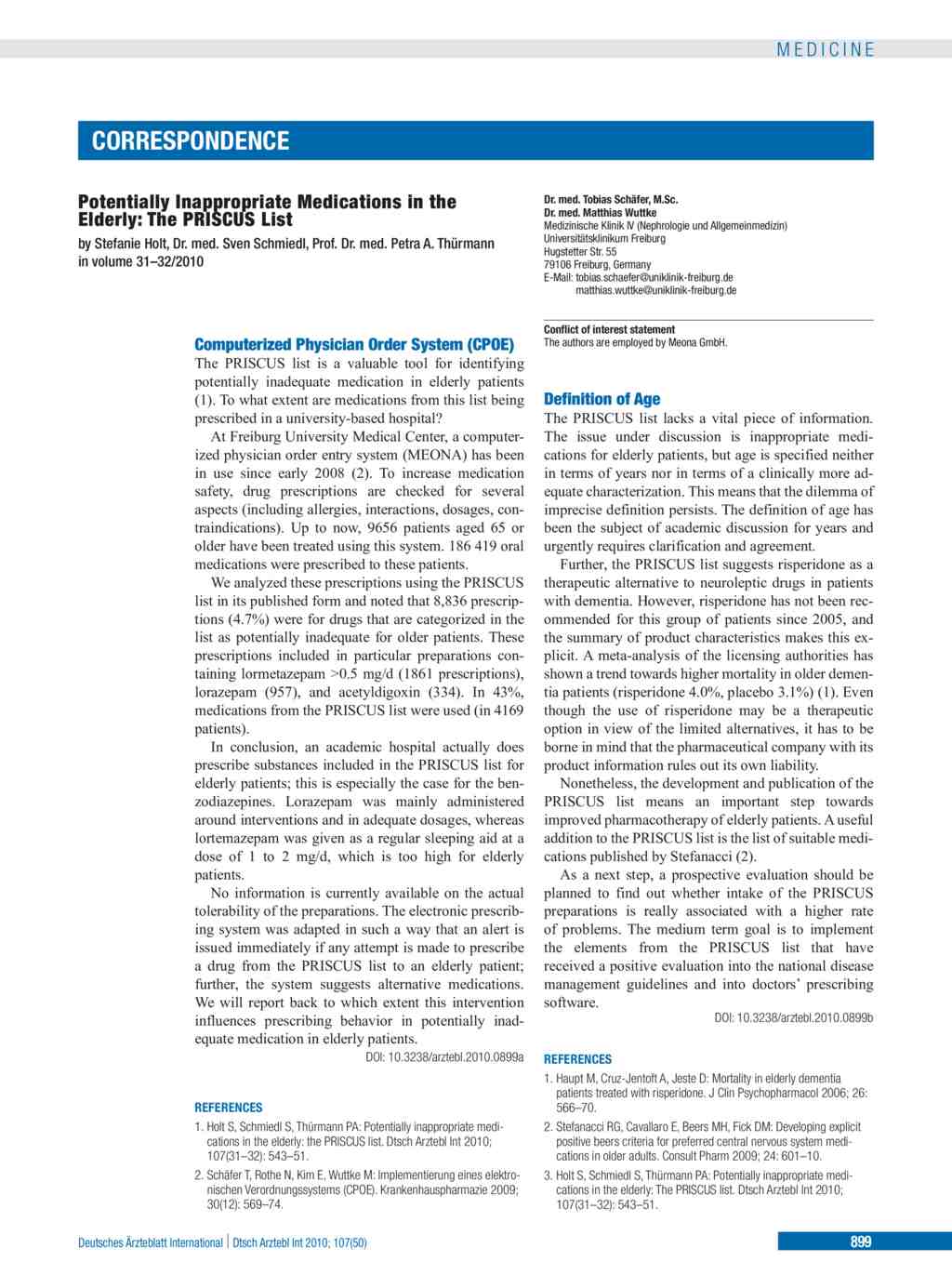