The PRISCUS list was set out on the basis of international examples of similar lists that were checked and added to by selected experts from the German speaking countries. For the topic of pain management, the list requires several corrections. The following is a selection of these. 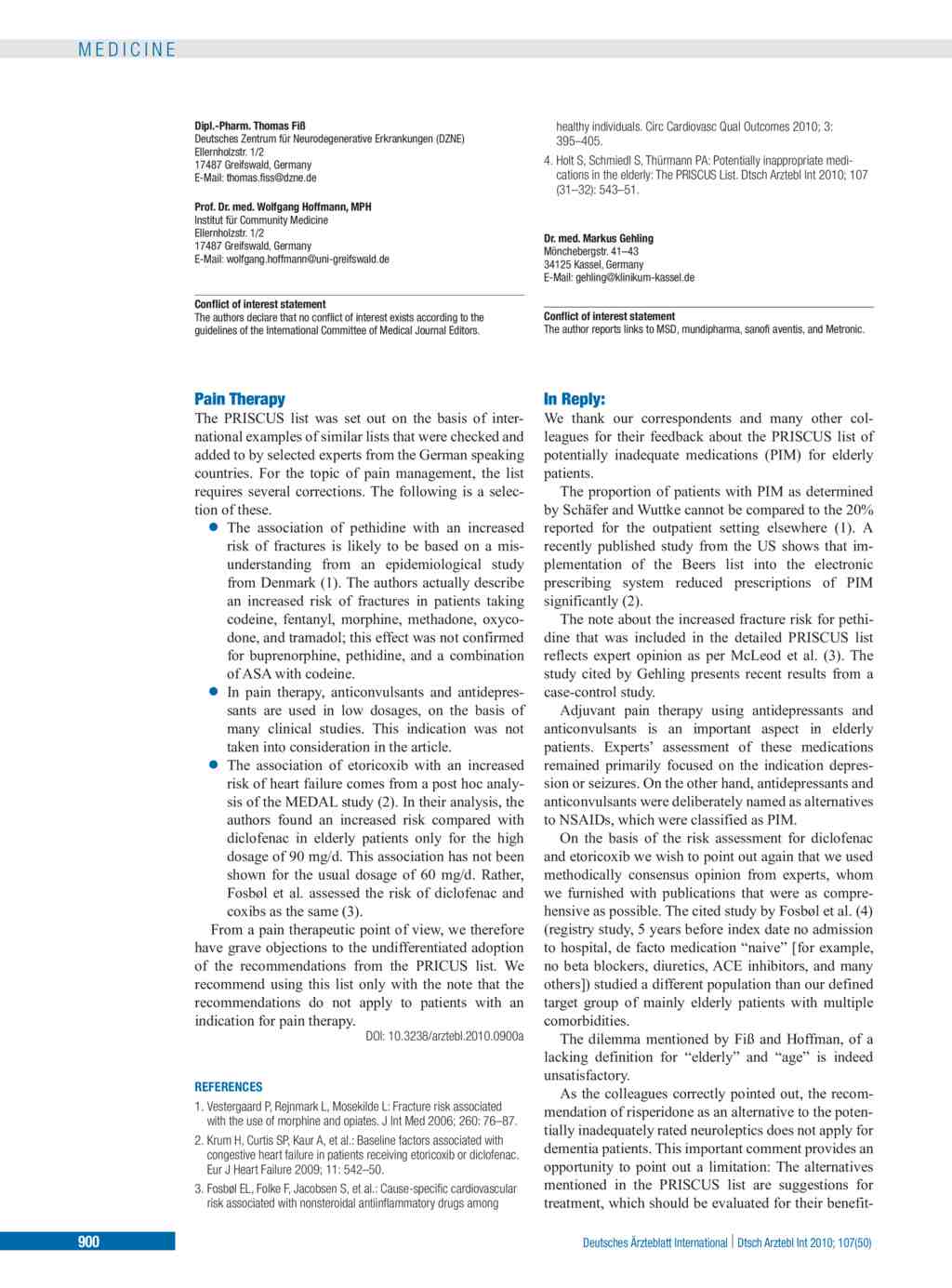