What About the Dam Break Upstream?

Of note is the fact that the number of diagnoses in the 7-year period under study decreased for the age group of 0–5 years (total minus 41), whereas all other age groups showed an almost exponential increase (1). This absolutely cannot be correct if ADHD is a genetically determined disorder as onset would have to occur in early infancy! The association with increased prescription of methylphenidate (MPH) is obvious and points to the fact that the diagnosis of ADHD is inversely—that is, incorrectly—made on the basis of the effects of the medication. With regard to the topic of neuro-enhancement, the authors are too cautious in their assumption that MPH is not used according to the indication. This has always been the case because the diagnosis is made phenomenologically and therefore influenced by subjective interpretations.

With regard to my 35 years of experience with ADHD: in the early 1970s, the “hyperkinetic child” was as good as unknown in Germany. Initial reports about this phenomenon were submitted at the 2nd neuropediatric congress in Kiel in 1976 (2). The differential diagnosis of pediatric hyperkinetic disorder rather than ADHD (neurotic restless disorder, vegetative restless disorder) is hardly considered nowadays. Dr Eichlseder from Munich (3), who pioneered stimulant treatment in Germany, was simply ignored when he expressed serious reservations regarding stimulants.

There are many indications that the path of least resistance is chosen (too) often these days, with a diagnosis of ADHD and subsequent prescription of MPH. The often stipulated multimodal treatment almost never takes place because it takes time and effort. The cause for the many “ADHD children” with behavioral disorders is founded in the changing social and familial environment of our times. Initial studies from the United States have discussed this association.

Schlack (4) from Bonn has provided a fitting metaphor: many (MPH) helpers jump into a racing river in order to save the drowning children, but no one pays any attention to the dam break upstream.

What About the Dam Break Upstream? 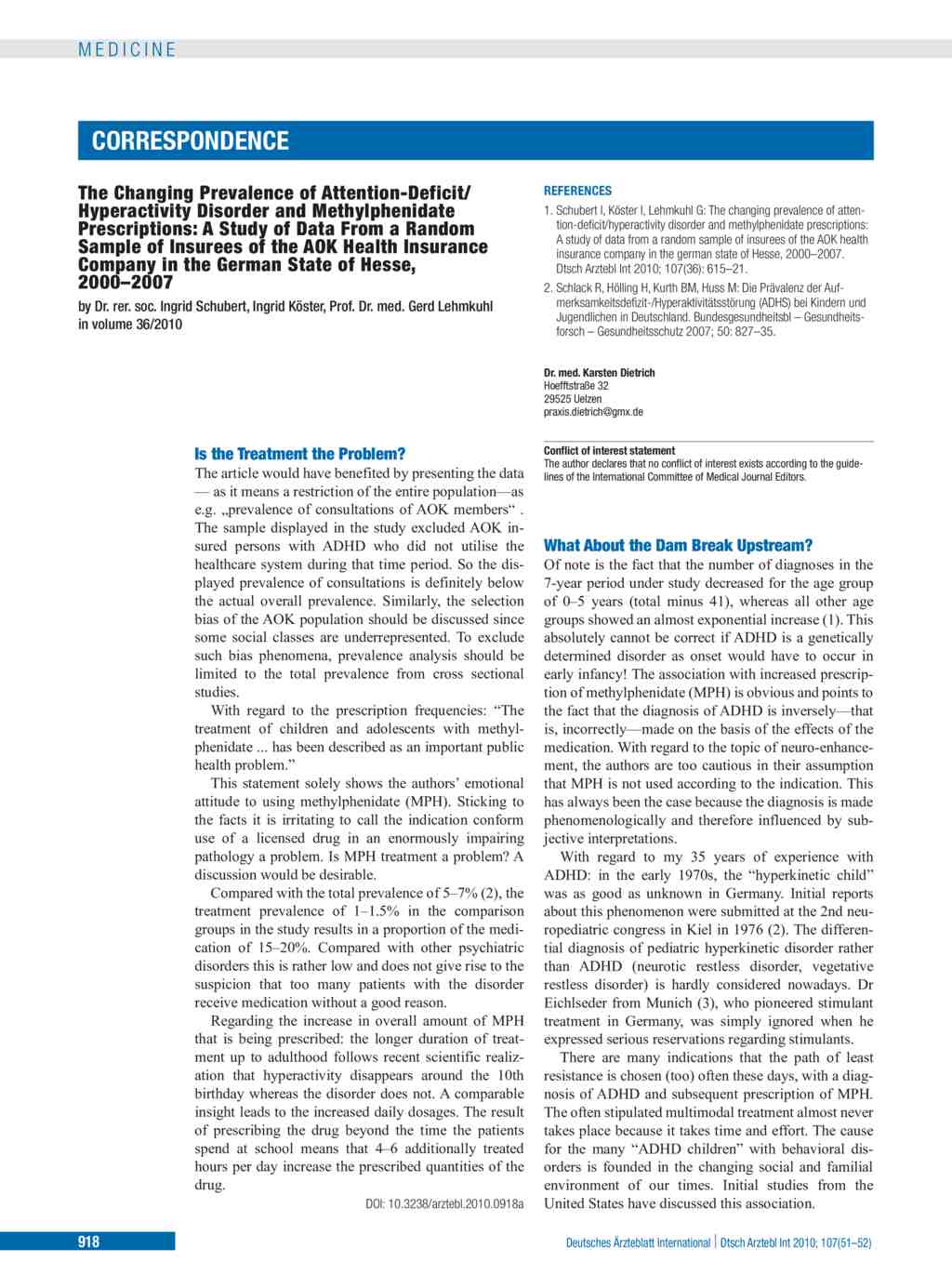