The selective review provided by Trobisch and colleagues is unbalanced with regard to the weighting given to the described therapeutic measures.

The evidence for the conservative treatments is played down (“no level I evidence” for treatment with a brace, “no independent studies” for Schroth therapy), but on the other hand surgical treatment is discussed entirely without a critical approach.

Figure 4 shows radiographs from an 8-year-old child (the curvature angle was incorrectly measured), who in Germany would have been spared surgery and instead would have been adequately treated using a brace—and not only in my own practice. End results for the described surgical procedure are not yet available, and it will be interesting to see what will happen to the curvature when the child enters the pubertal growth spurt at age 10–12. It is important to point out that the staples cannot be easily removed should this become necessary.

Unfortunately the authors did not make any mention of how surgery related complications should be dealt with, which, according to some reviews (1, 2) are in excess of 40% in the long term. 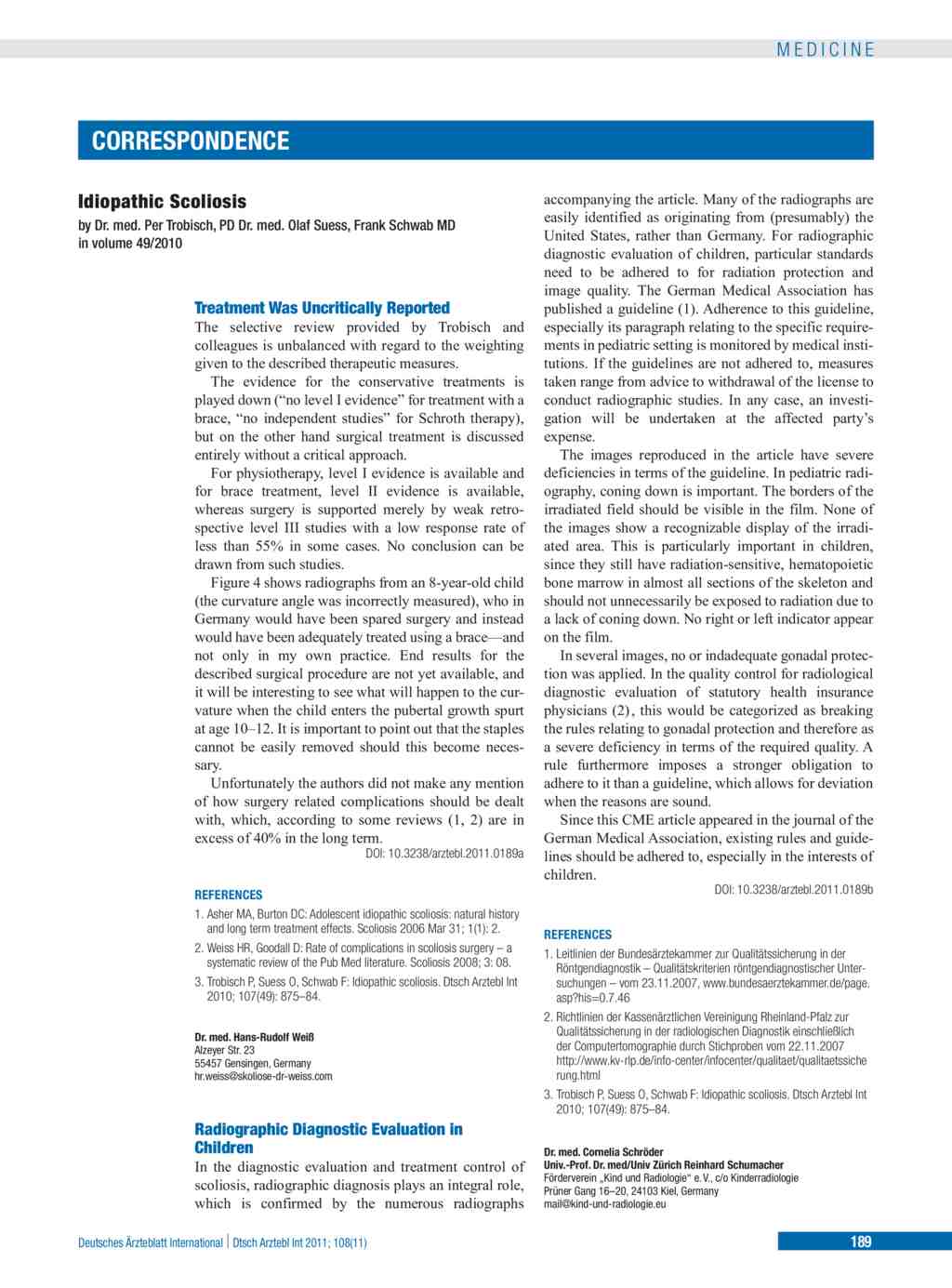