I thank Professor Schmidt for his remarks. He expands on using funduscopy in hypertensive emergencies and also distinguishes papilledema as a differential diagnosis to papillary swelling in the hypertensive emergency setting. Elschnig described in 1904 for the first time small, round, brown-black or black spots that are surrounded by a yellow circle. These are infarctions of the vascular epithelium (1). This finding may also be discovered in addition to fundus hypertonicus at stage III or IV in one or both eyes.

Schneider shares our view that funduscopy in the assessment of early hypertensive changes (stage I and II fundus hypertonicus) should be viewed critically. However, new technologies open up opportunities for detecting early vascular changes reliably by means of computer assisted procedures. An increased arteriovenous ratio in the ARIC study (follow-up examination of 10 358 patients) predicted the occurrence of a stroke, in addition to the classic risk factors (2). Even more pertinent is the finding that a raised arteriovenous ratio (upper quintile) highly significantly predicted the development of hypertension in patients whose blood pressure was normal at the outset of the study (3). The prospective cross sectional study (“talking eyes”) investigated the use of the arteriovenous ratio in the field and found consistent results (4). It was not the aim of the review article to present the pros and cons of these methods in the routine clinical setting. New technologies create the option of including new parameters (such as the “wall to lumen” ratio of retinal arterioles) in everyday clinical practice in future, but at the moment they are still in the clinical research stages (5). 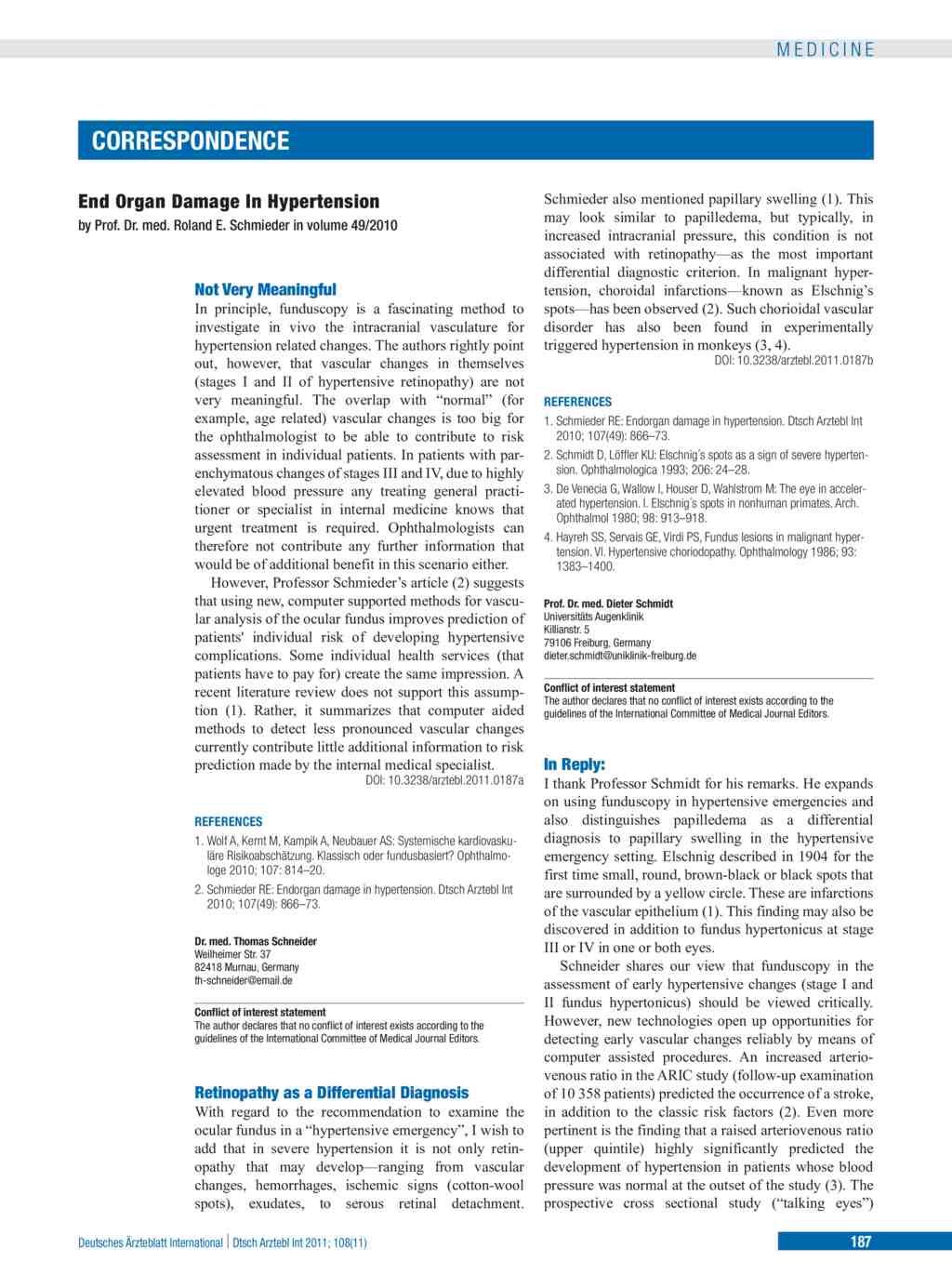