In the KISS, the causative strain that is regarded as etiologically relevant can be selected from 28 different classifications from a dropdown list. For Candida, the selection options are “C albicans” and “other Candida spp”. In central venous catheter-related sepsis, “other Candida spp” are reported as the causative strains in 2.2% of infections occurring in intensive care wards. Combined with the 5.6% of infections where C albicans is the causative agent, a total of 7.8% of all cases of central venous catheter-related sepsis are therefore reportedly due to Candida species. Professor Groll cites data from the US, according to which Candida species are the fourth most common cause of central venous catheter-related sepsis. This reflects exactly the ranking given by the KISS data, independently of whether only C albicans is included or all Candida spp including non-albicans Candida. The ranking of the most common causative agents in the KISS does not change when the other Candida spp are included. The following proportions of cases of central venous catheter-related sepsis listed Candida spp as the causative agents (proportions of candidemias owing to “C albicans” and “C spp” in parentheses), stratified by intensive care wards: interdisciplinary <400 beds 2.1% (10.6%), interdisciplinary ≥ 400 beds 2.8% (7.6%), internal medical 1.1% (5.0%), surgical 2.8% (9.3%), neurosurgical 0.7% (3.6%), pediatric 2.1% (4.9%), neurological 3.0% (6.0%), cardiosurgical 1.4% (7.3%). The non-albicans species account for 19–50% of candidemias, depending on the type of intensive care. 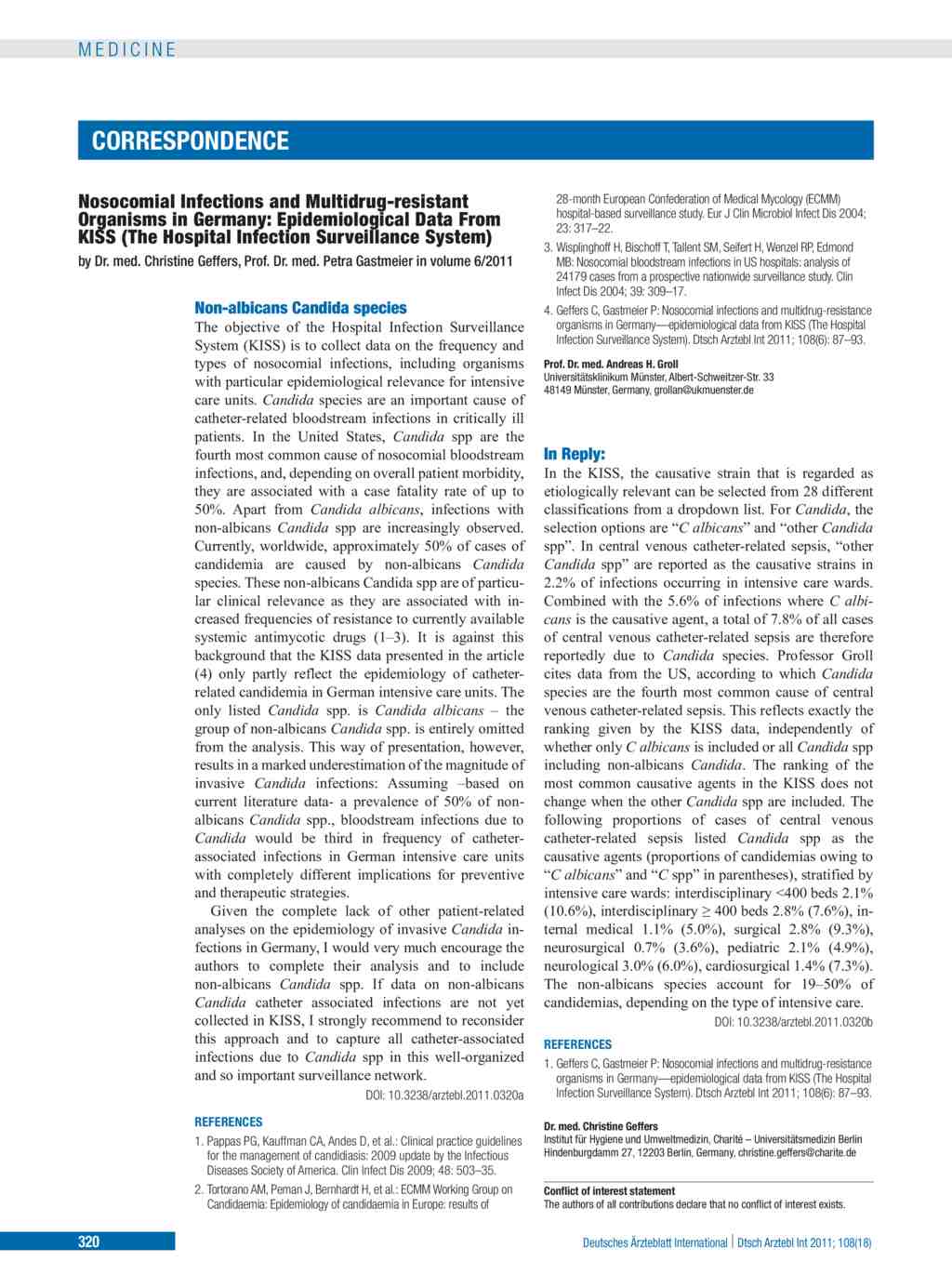