This article was long overdue, and the authors deserve congratulations. Among the causes of possible malnutrition, the lack of attention of the nursing staff should have been explicitly mentioned, or the fact that a person who can devote time to feeding patients was lacking. The reasons for why patients did not touch their food were not elicited. The food was cleared away by staff saying, “Oh, are we not hungry today?” Possible reasons: the patient was not able to reach the food (bedside table on the wrong side of the bed, too far away). S/he was not able to butter their own bread (arm in plaster, infusion), or the bite-sized portions were too large. The headboard of the bed was not elevated; the patient did not see the food; the patient did not want to spill food over themselves (disgust, not wanting to annoy the nurses); perhaps the patient was not given a large napkin or such like. Furthermore, for patients lying in bed it is easier and safer to consume some foods with a tablespoon, rather than a teaspoon or fork. Tough bread rolls and unseasoned or cold meals are difficult to swallow. The patient would like to eat the fish, but someone “forgot” to put their spectacles on for them to enable them to see the small bones—fish fingers would offer a way out of this dilemma. Perhaps the patient’s choice of food was not considered and they were given exactly what they have disliked for the preceding 20 years. Paying attention to all these details does not incur any additional costs, creates satisfaction in patients and nurses, and improves the reputation of a hospital. A win-win situation for everyone. 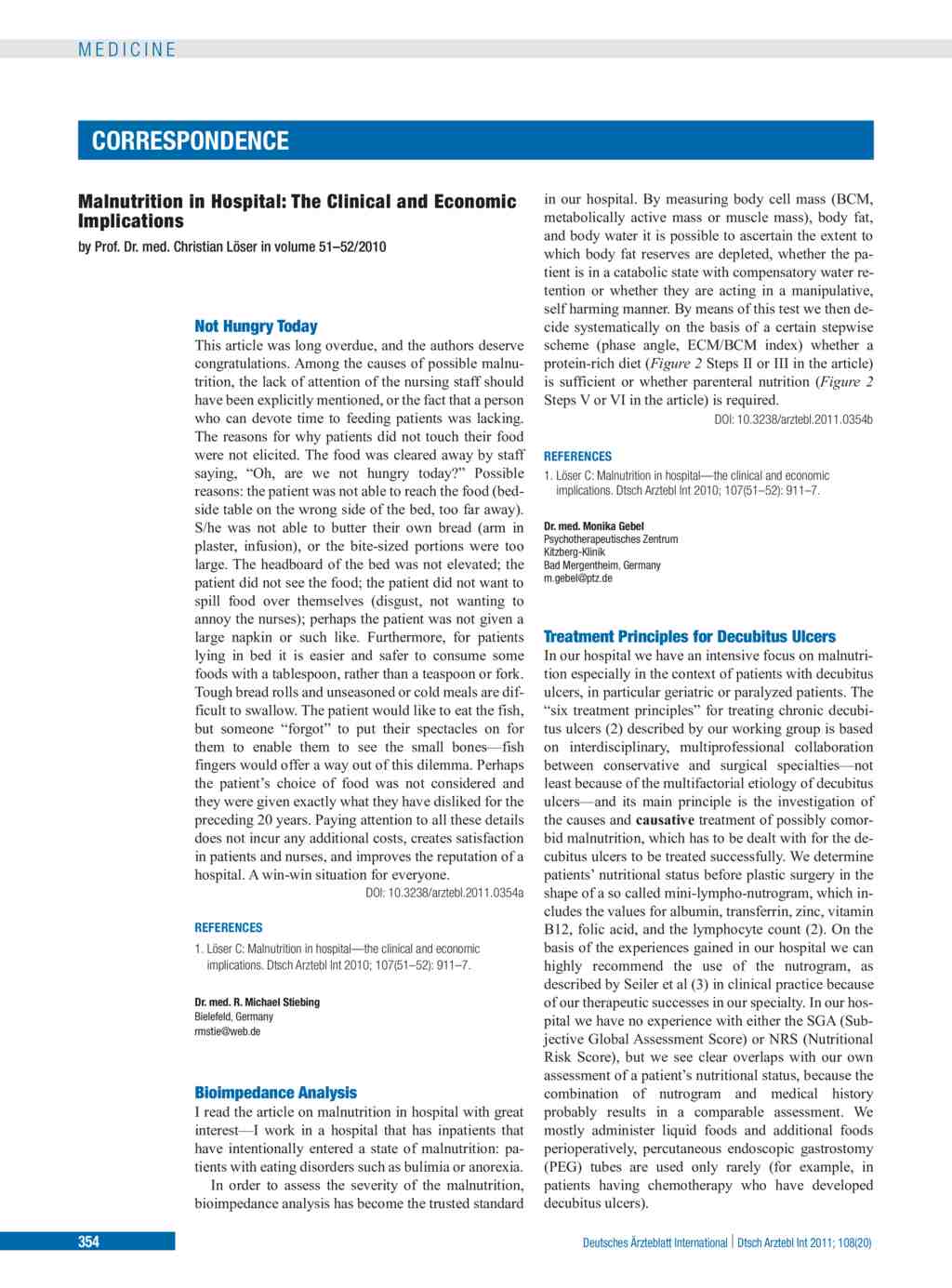