Authors Strupp et al. convincingly explained the importance of central oculomotor disturbances (1). I wish to add that occasionally, downbeat nystagmus (DBN) and upbeat nystagmus may be present depending on the person’s gaze direction. Pronounced DBN can sometimes occur in all directions of gaze, even when looking upwards (2). 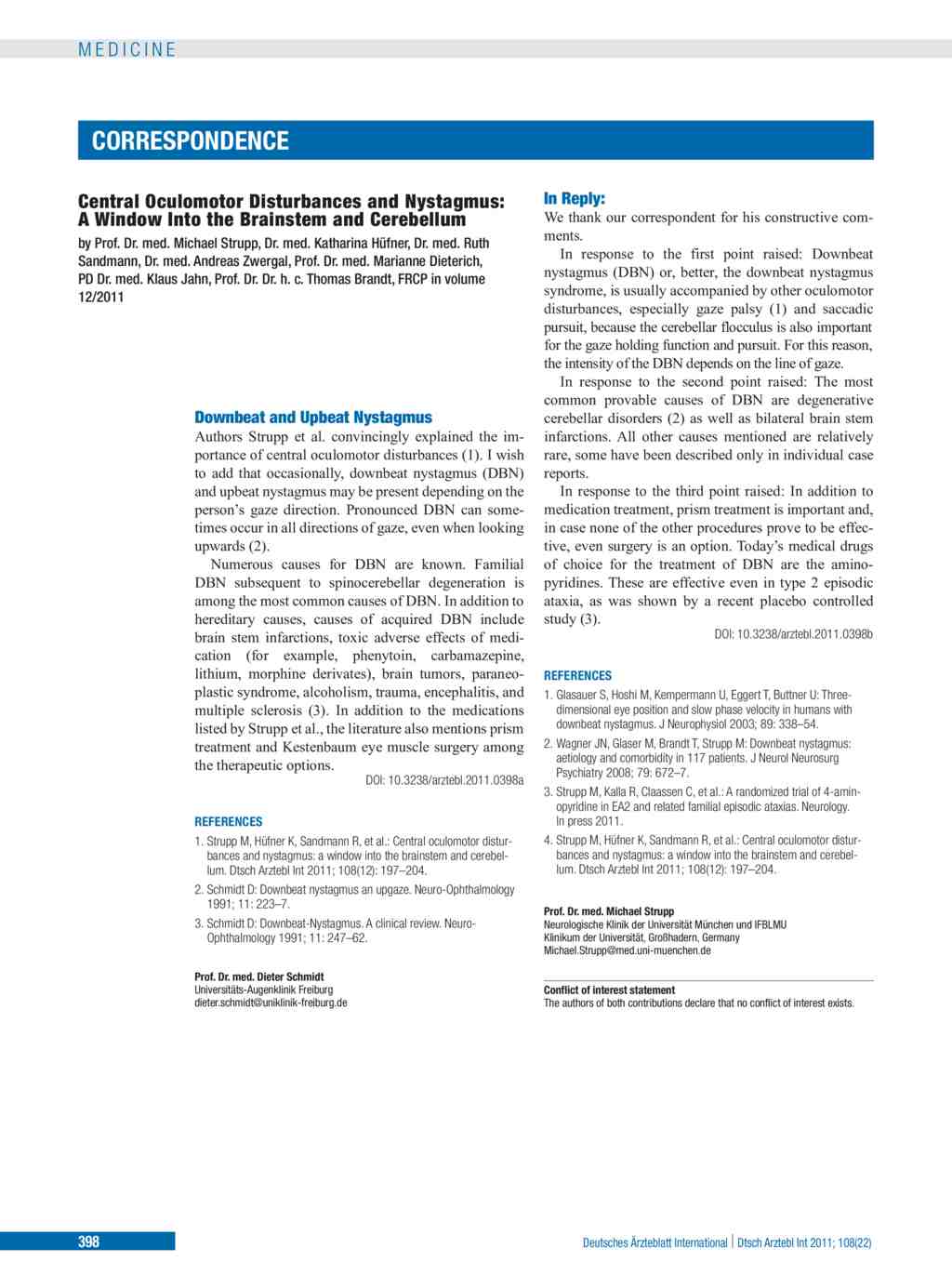