We have some additional comments on the review by Teichgräber et al., regarding late complications after implantation of central venous port systems (1): in the context of caring for patients with port systems, catheter-related complications such as dislocation, leakage, or thrombosis mostly remain clinically inapparent, but they can be diagnosed by using conventional radiography of the thorax (2, 3).

Thus far unpublished data from a retrospective analysis of chest radiographs in our university hospital from 2007–2009 showed that 1190 port systems were implanted, primarily into cancer patients. Altogether 19 different models were used. We found that in 12% of port systems used, the port chamber and the catheter were barely visible or remained completely undetected on radiological investigation because of the materials they were made from. Catheter related complications were identified in 104 (9%) port systems. In three cases of catheter leakage or catheter embolism, it took a very long time to diagnose the problem radiologically because the port systems had not been detected on the thoracic x-ray film.

For this reason, only port systems made from radiopaque materials should be used, to enable sufficiently exact assessment after conventional chest radiography. 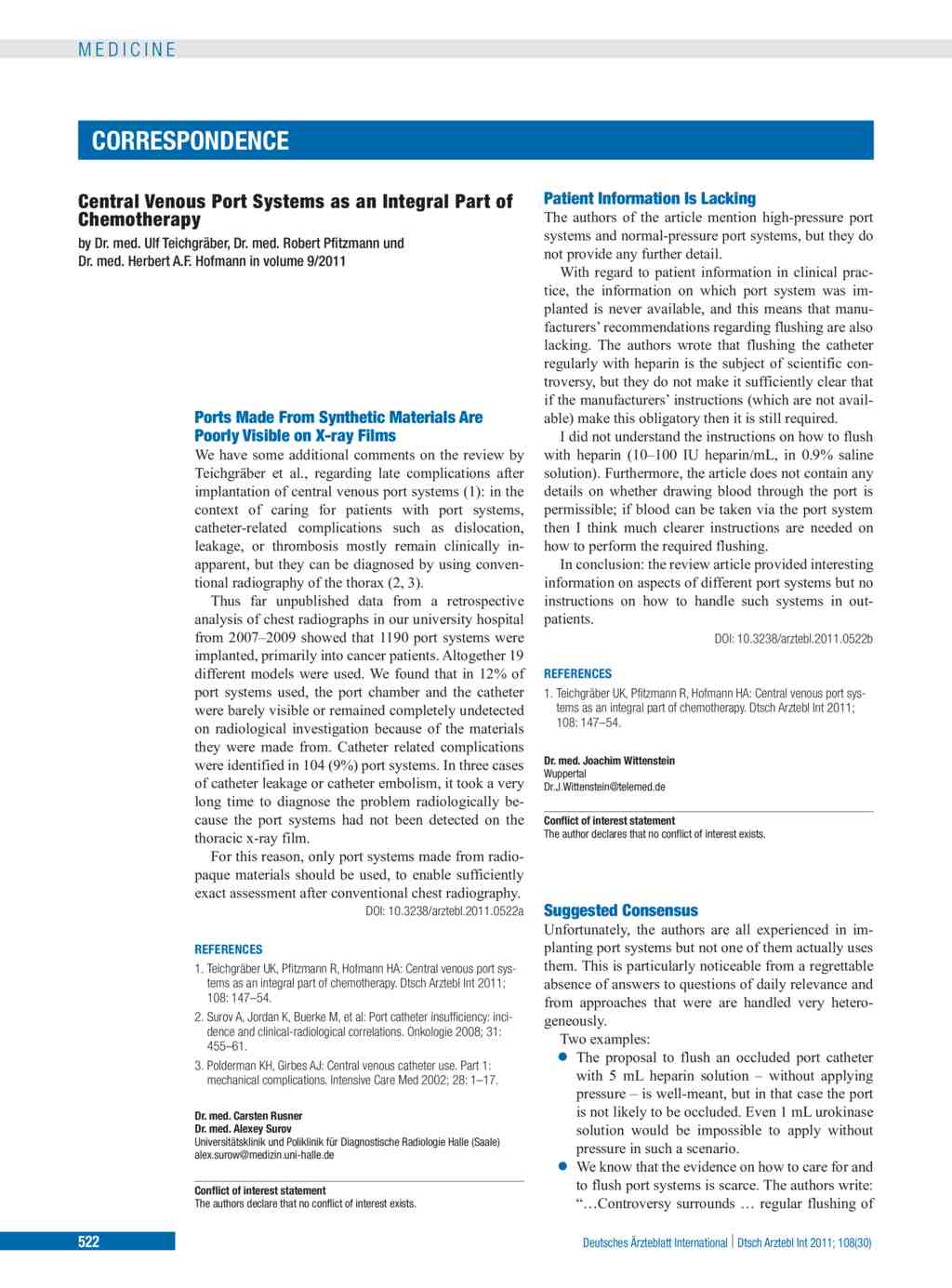