Using special port cannulas is essential for infusions through port systems. In general port cannulas have a Huber tip, which is mostly regarded as punch-free. These standard port cannulas have been used in routine clinical practice for more than 20 years and are associated with very few complications. New developments such as port needles with trocar tips with a side opening make punching out silicone particles from the port membrane during puncture unlikely. However, this is currently a niche product from a small manufacturer, which has not yet become widely accepted.

Meaningful randomized controlled studies that justify regular flushing of port systems with heparin in general for all patients who have had a port implanted as a means of preventing port catheter thrombosis have thus far not been published. The risk of developing heparin induced thrombocytopenia exists in principle. In our clinical practice we do not use so called “heparin blocks,” and we flush exclusively with 10 mL 0.9% saline. No evidence exists for regular flushing of port systems during therapeutic intervals.

If the port catheter lumen is occluded any flushing should avoid applying pressure, in order to avoid rupture of the port catheter or damage to the port capsule. Connecting a three-way stopcock on the port needle enables producing suction in the occluded port catheter by aspiration with a syringe.  A second syringe filled with urokinase or recombinant tissue plasmonigen activator (rtPA) can be used to attempt lysis as a result of the subsequent vacuum in the occluded port catheter or port capsule. No guidelines exist regarding the use of sterile gloves when implanting a port cannula. However, to avoid port infection, sterile measures should be adhered to as much as possible. Port infections still present common and severe late complications and will result inevitably in explantation of the port (1).

Conflict of interest statement
PD Dr Teichgäber has received study support while compiling manuscripts from Arrow in the context of a study.

German-language instructions for how to handle occluded port systems are available www.idir.uniklinikum-jena.de/IDIR+II/Allgemeine+und+interventionelle+Radiologie/Portimplantation.html 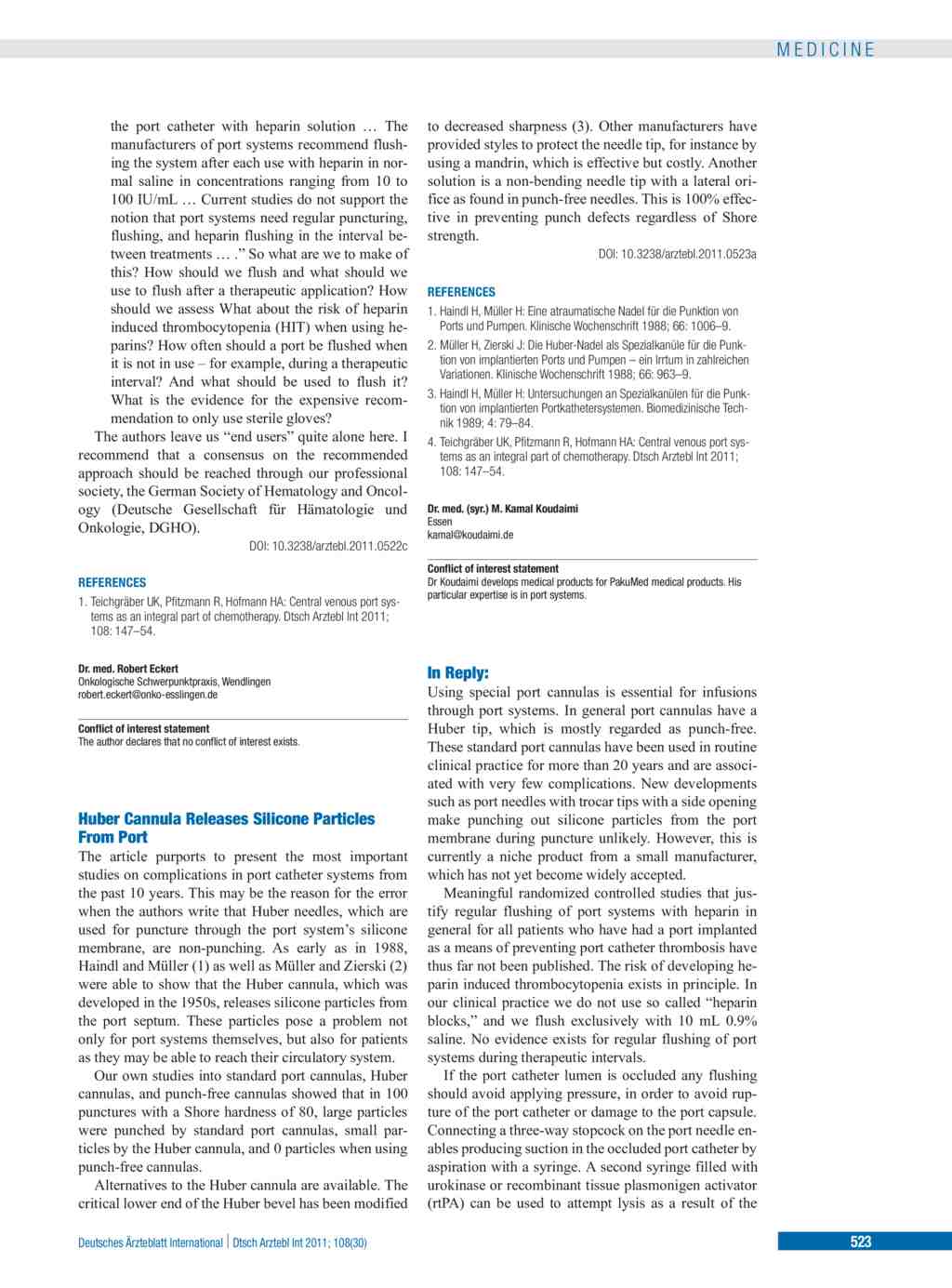