As a German pediatrician and pediatric gastroenterologist who lives in Norway, I read the article by Bufler et al. with great interest. Recurrent abdominal pain is an everyday phenomenon in pediatric consultations, in the individual practice as well as in the context of a second opinion in hospital. In Norway, fecal calprotectin measurement has been used as a routine biomarker for gastrointestinal (GI) inflammation since 2000. Calprotectin is particularly useful for distinguishing between organic and functional pathogenesis of recurrent GI symptoms, as functional GI symptoms do not elevate calprotectin levels above normal. As mentioned by Bufler and colleagues, fecal calprotectin is also among the primary diagnostic tools for chronic recurrent GI symptoms in Norway (1). One advantage is that the parents can be reassured if the measurement is negative (which is an important component in functional GI symptoms). Furthermore, if the calprotectin test result is negative, endoscopy has to be undertaken in a tiny minority of cases—namely, those patients in whom the suspected pathogenesis is other than inflammatory. In other words, using calprotectin helps reduce endoscopies in children with chronic GI symptoms to the lowest possible number. 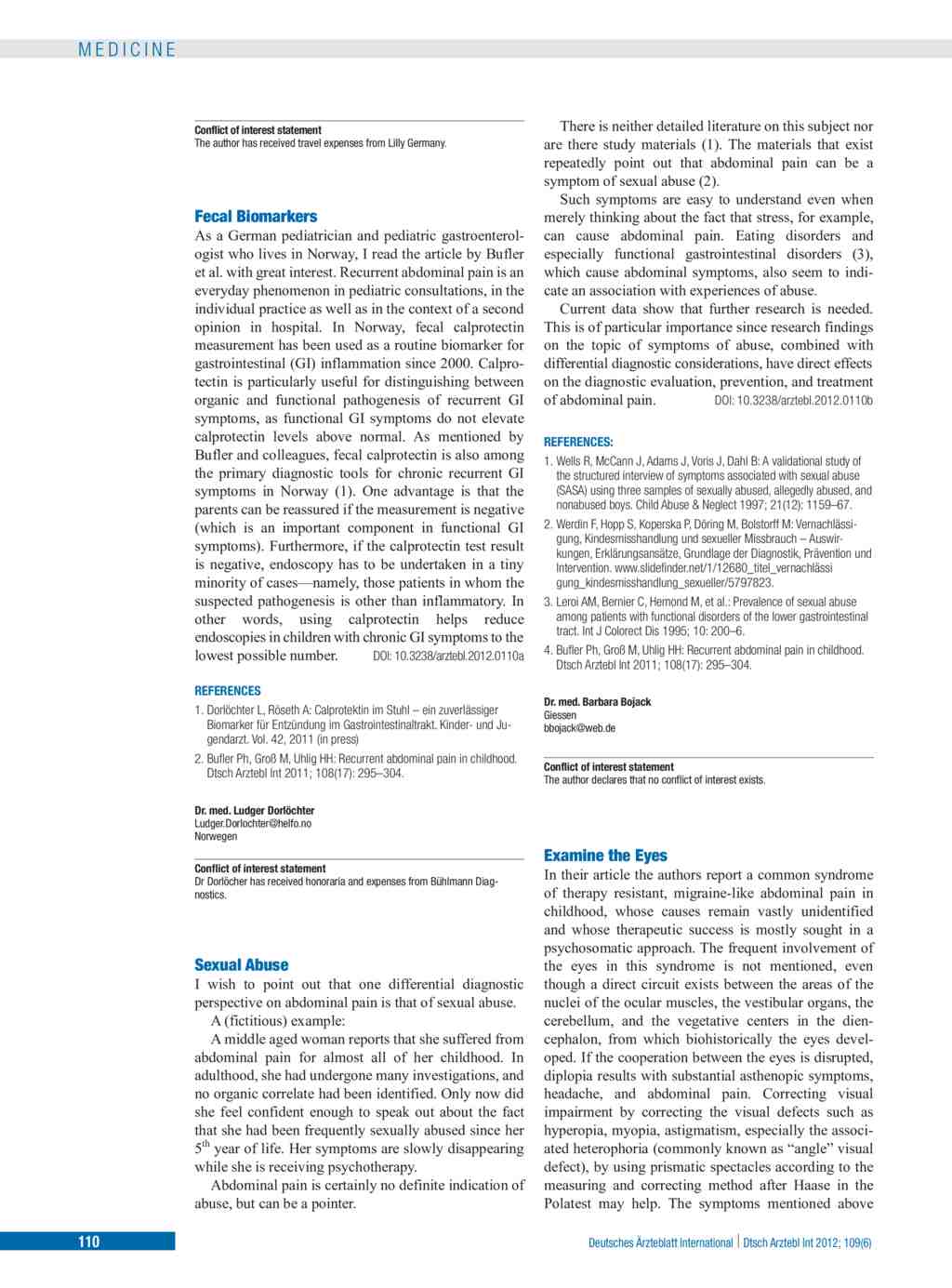