The problem of differential diagnosis and treatment of myocarditis is one of the biggest challenges in internal medicine, and it is for this reason that the value of myocardial biopsy is often underestimated. While fully supporting the authors on this point, I wish to add some comments from a clinical-immunological perspective.

In order to secure an unequivocally confirmed diagnosis, any case of suspected myocarditis that is not primarily due to infectious or toxic processes should be diagnostically evaluated specifically for immunological-rheumatic etiology.

If the patient has a systemic-immunological disorder rather than myocarditis only, the respective therapeutic regimen should immediately change according to the recommendations for the underlying disorder as the systemic aspect then becomes the therapeutic priority. Furthermore, it is to be expected that, after the suggested (minimum) duration of therapy of 6 months in patients with autoimmune myocarditis, a (possibly avoidable) episode of the underlying disorder may occur. Fortunately, in this situation, a much wider therapeutic repertoire is available for these oligosymptomatic, but fundamentally systemic, immunological disorders.

In addition, the therapeutic recommendations listed in the table could have been outlined more specific for routine clinical practice; consistently with the TIMIC study, mention should not be made of “cortisone” or “methylprednisolone,” but a defined dose of prednisolone equivalent (for which gastroprotection with proton pump inhibitors is not automatically necessary, and calcium is now regarded obsolete). A maintenance dose of >5 mg prednisolone equivalent usually also indicates insufficient effect of the immunosuppressive drug. It is furthermore worth mentioning that some of the risk factors not listed in the table should also be considered—for example, mesalazine as a trigger of myocarditis, but also routine vaccinations for chickenpox and diphtheria/tetanus. 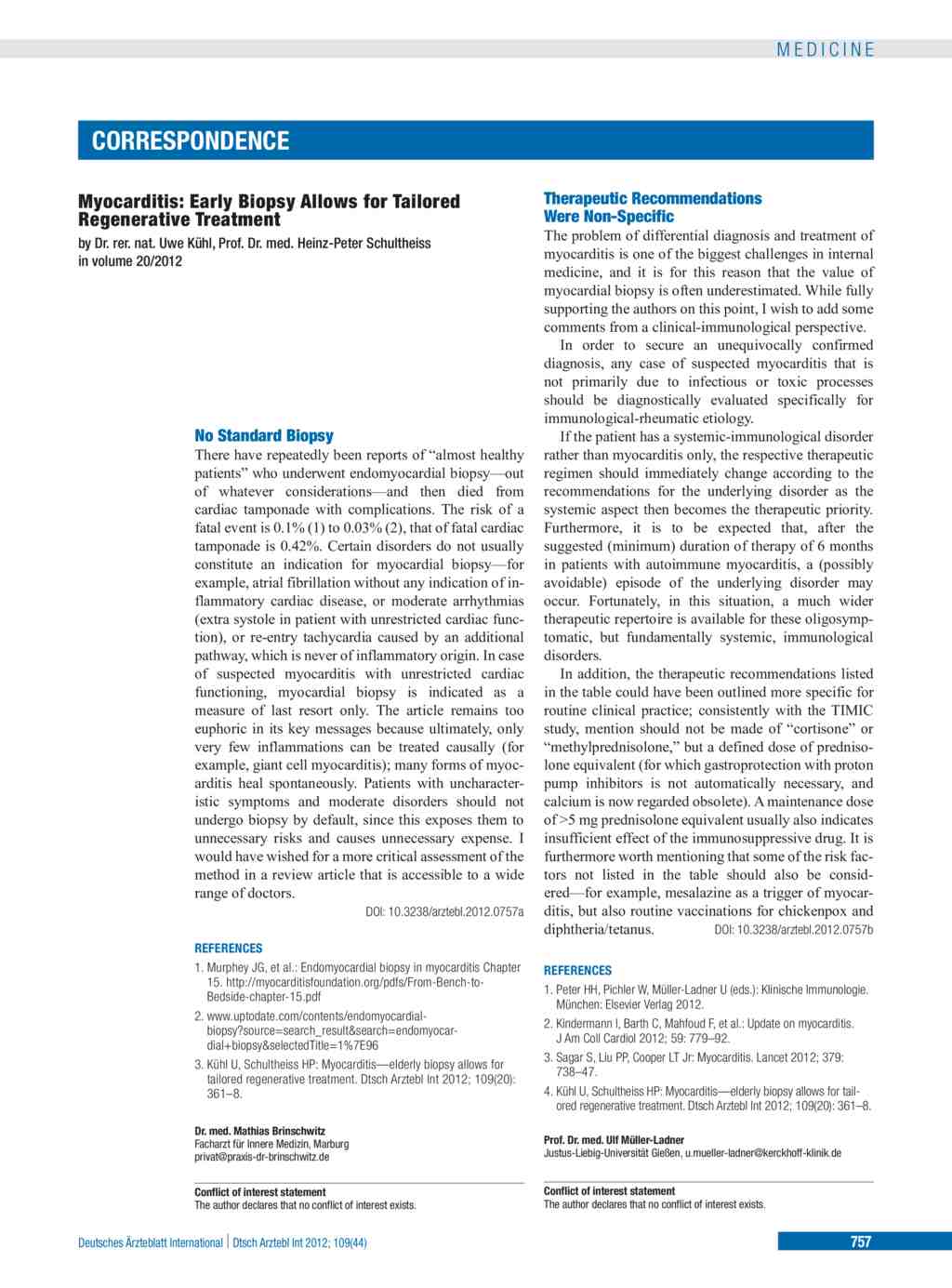