We thank our correspondents for their critical comments and ideas. The comments mostly relate to risk factors and differential diagnoses that we did not mention in the article; rare causes were mentioned that should certainly be included in the differential diagnostic evaluations, but common somatic causes, such as postpartum thyroiditis, were also included. For reasons of space we were not able to include all aspects of postpartum depression in our article, and the comments therefore provided particularly valuable and important information.

Psychological problems in pregnancy and during the breastfeeding period should obviously not be unnecessarily and wholesale psychopathologized; we agree with Lütje in this respect. The prevalence rates in our article for severe prenatal and postnatal depression requiring treatment, the suicide rate associated with this disorder, and the low uptake of professional help are, however, enough of a reason to warn against trivializing these symptoms.

Dr Wittmann has received consultancy fees from Bristol Myers Squibb and Servier. He has received honoraria for authorship in the context of a publication from Servier, which was relevant to the topic of the article. He has been reimbursed the costs for congress participation, travel, and accommodation, and fees for the preparation of scientific training courses from AstraZeneca, Servier, Wyeth, Lilly, Janssen-Cilag, GlaxoSmithKline, Pfizer, EISEI, and Lundbeck. He has accepted funds into a third-party account for performing commissioned clinical studies from Servier. 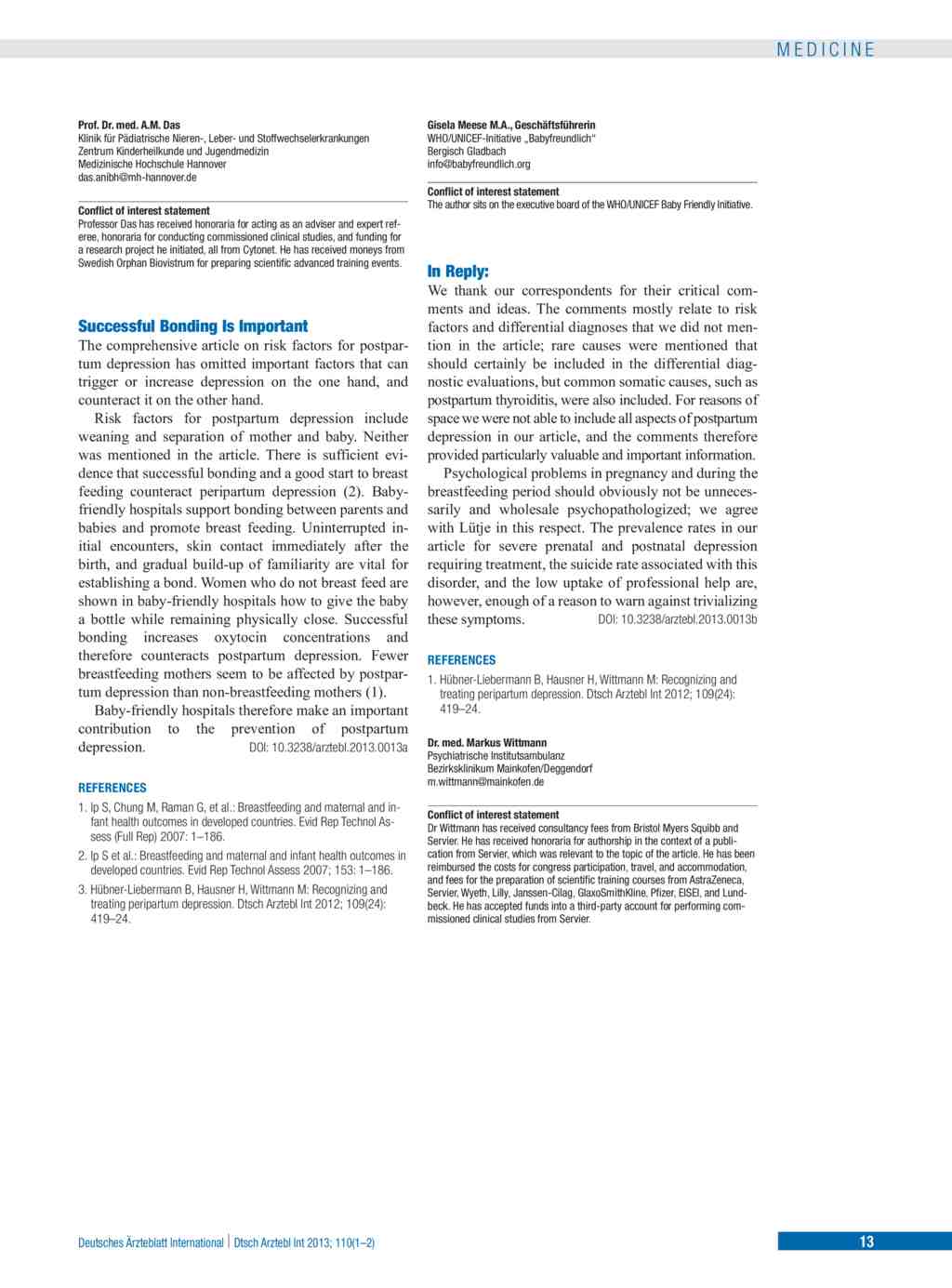