In his letter, Dr Meinck points out what he perceives to be two methodological limitations of our study. We would like to respond to these two items as follows. 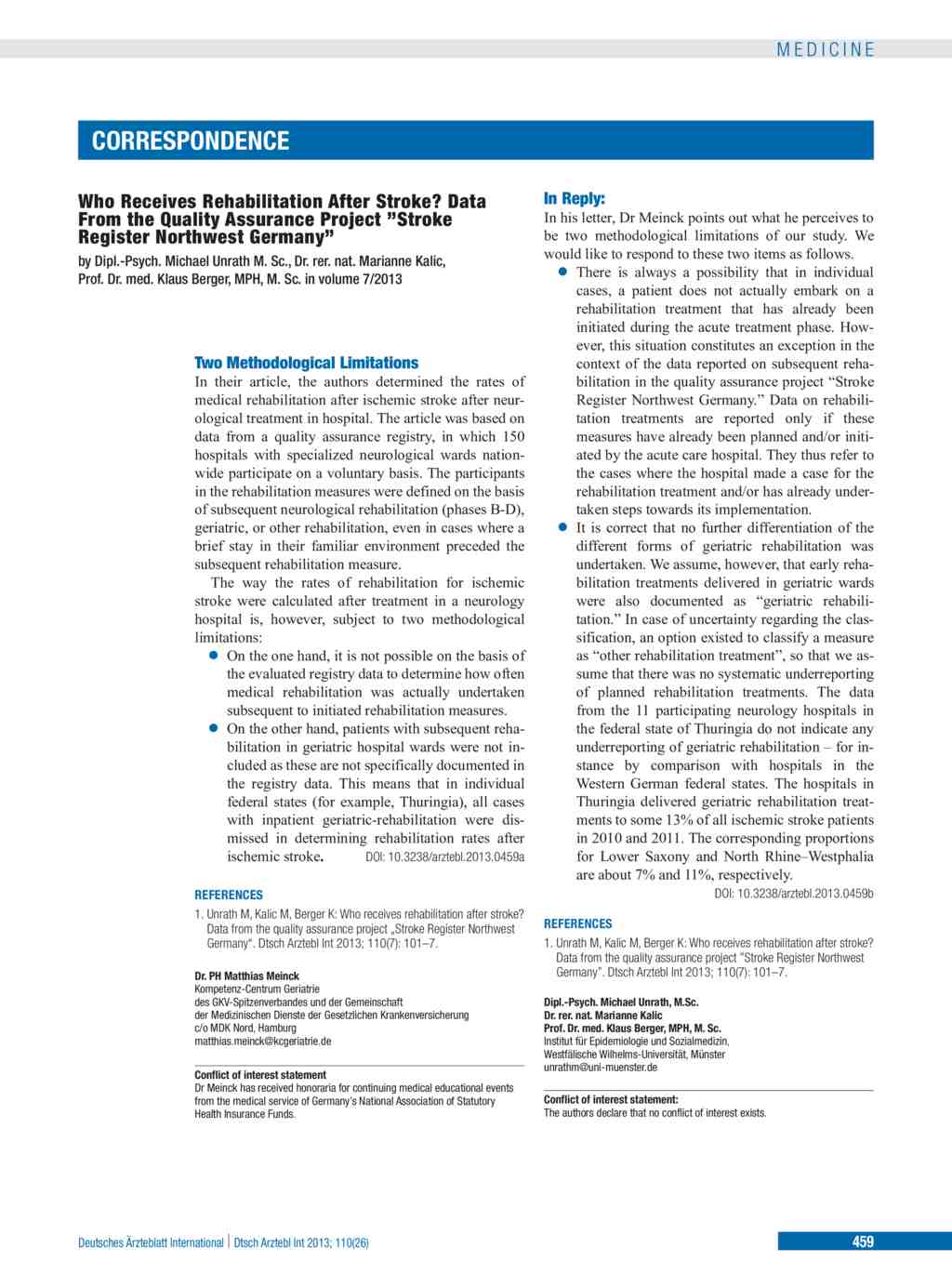