In their article “Urethral Stricture: Etiology, Investigation and Treatments”, the authors mention that endourological procedures were undertaken as early as in antiquity.

Since no further explanation was offered in the article, some additional details may not be altogether unwelcome. Heliodorus, a surgeon in the 1st/2nd century AD undertook the following procedure to remove proliferation related urethral obstructions—so-called synsarcoses (1): he used a thin, pointed instrument, the “skolops,” which was sharpenedbehind the tip. In order to avoid hemorrhage, the penis was compressed behind the stenosis, stretched, and then the instrument was inserted. As soon as the tip had penetrated past the stenosis, circular movements were used to eliminate the stenosing membranes and, where these did not pass of their own account, they were removed by using a tweezer-like instrument, the “mydion.”

Postoperative care consisted mainly of inserting bougies fashioned from papyrus and metal probes, often made from tin or the tube of a bird’s feather. In such cases, a probe was inserted first, so as to avoid snapping.

On the one hand, such hollow probes made for uninhibited urination, while the papyrus, tightly wound around the probe and previously soaked in water, absorbed the wound secretions. The historian Diodorus (first century BC) reported another type of endourethral procedure (2). In this case, the glans penis was incised in a male pseudohermaphrodite with atresia of the urethral opening, and a connection to the urethra was created by inserting a silver tube. For the treatment of hypospadias of the urethra, a pseudo-Galenian text recommends (3): “Therapy consists primarily of an incision into the tip of the glans and insertion of a cannula.” 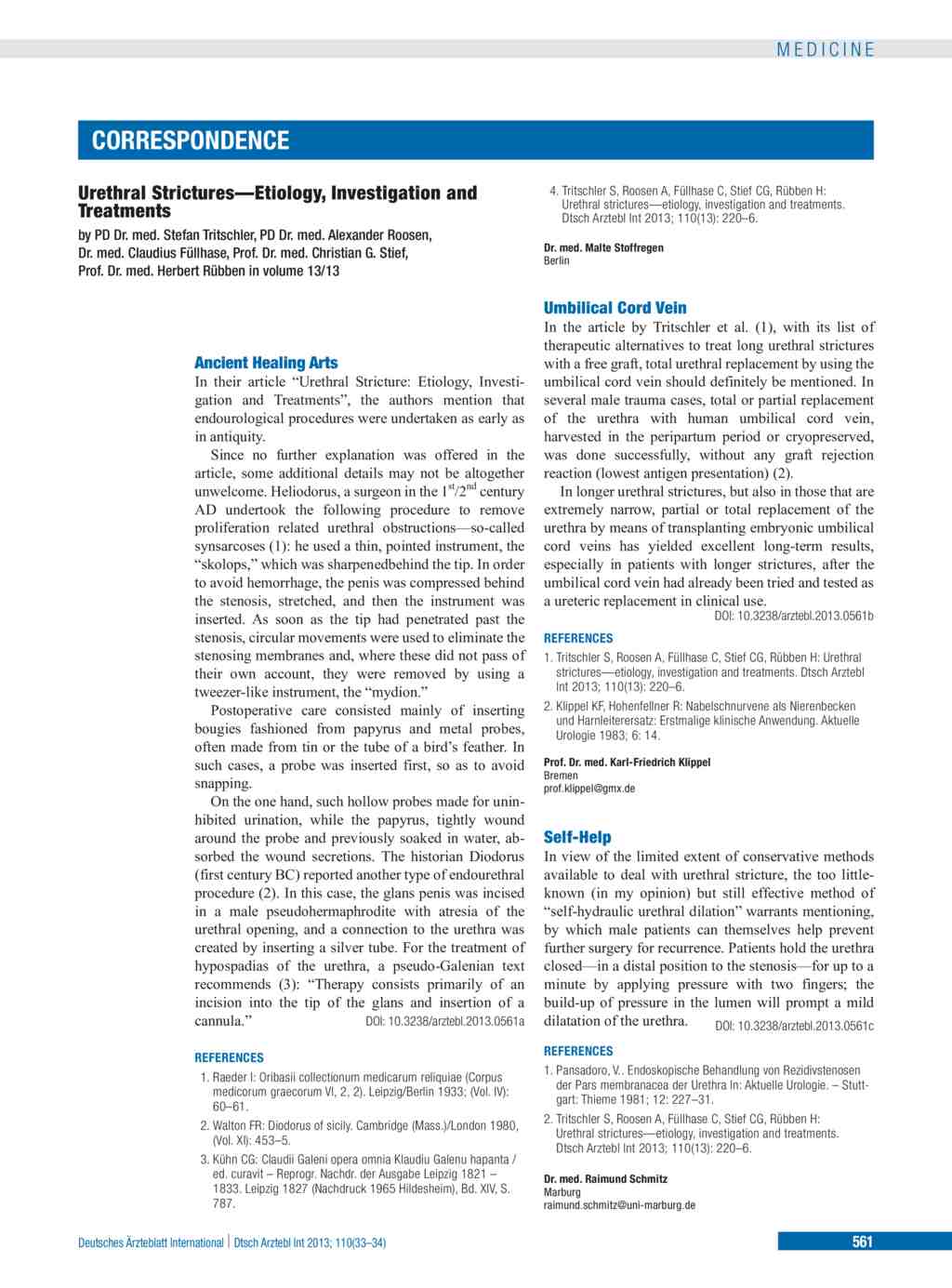