We like to thank our colleagues for their interesting ideas on our article and would like to take the opportunity to comment on some key points of the discussions.

Mr. Calia is right to highlight the importance of thorough diagnostic workup, including the life circumstances of the teenage patient, for the early diagnosis of psychiatric illnesses in adolescent patients. Within the field of psychoses, diagnostic techniques have meanwhile developed to a point where they allow to estimate the psychosis risk in adolescents and young adults reasonably well; however, it has also been shown that subjects meeting ultra-high risk criteria for psychoses frequently have other conditions as well (1).

Therefore, it seems justified to view adolescence as a pluripotent risk stage, from which various psychiatric illnesses can emerge. Further long-term studies are required to arrive at a better understanding of the courses and the development of various abnormal mental conditions among adolescents.

Prof. Dr. med. T. Esch’s correspondence item highlights the association between the phenomenological level and the neurobiological dynamics in adolescence, resulting from the difference in maturation of cortical and subcortical structures, apparent in the opposing basic needs of “protection and connectedness“ versus “autonomy and freedom“. Here, it certainly can be stated that the plasticity of the reward system which, for example, has a crucial impact on risk behavior is maintained beyond adult age. However, data from human and animal studies appear to indicate that especially this system undergoes particular deep changes in adolescence.

The connection between the hormonal maturation processes in puberty and the neurobiological changes in adolescence is a further and central subject of future research.

The authors agree with Dr. phil. Dr. med. H. Niederhofer that maturation of cortical structures does not by itself cause an increase in puberty hormones. Likewise, it is not assumed that subcortical changes directly stimulate growth in cortical structures.

However, only limited conclusions can be drawn that neurobiological changes are only the result of hormonal factors. Rather a complex interaction of both organizing and activating effects of sexual hormones on brain development can be assumed, i.e. that on one hand permanent reorganization of neurohormonal networks may occur under the influence of hormonal changes, but also that the activity of the matured networks changes as a result of acute hormonal stimulation (2). 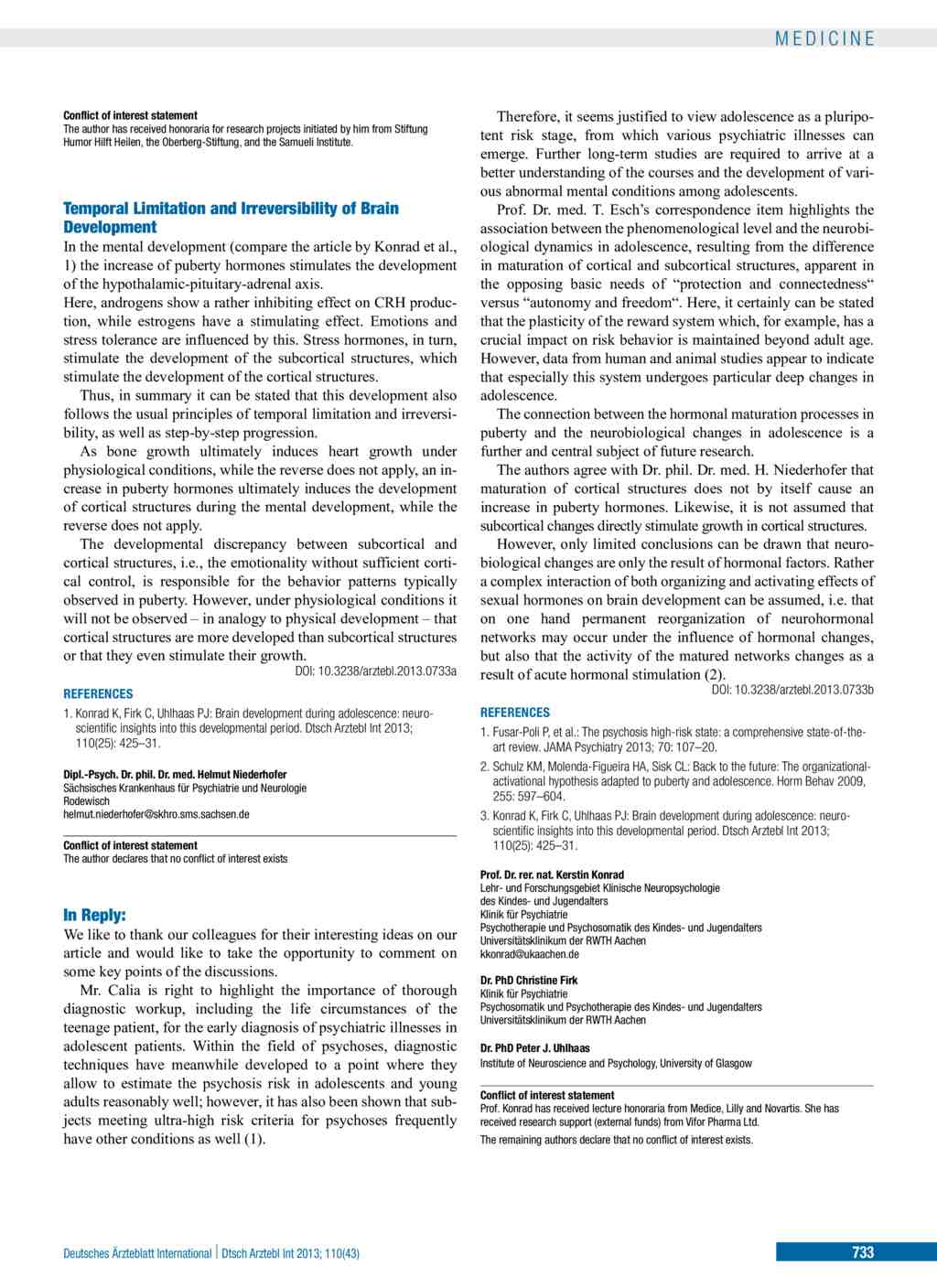