The article (1) deals with the highly relevant topic of conflicts of interest among guideline authors. On the basis of a guideline published seven years ago, the authors drew their conclusions about the potential influence on a single therapeutic recommendation by means of a comparison with British “guidance.”

The German psoriasis guideline was pioneering in Germany in terms of declaring conflicts of interest. Declaring competing interests became the rule for S3 guidelines only five to six years later (2). The approach to conflicts of interest that is stipulated by the Association of Scientific Medical Societies in Germany (Arbeitsgemeinschaft der wissenschaftlichen medizinischen Fachgesellschaften, AWMF) nowadays is mostly consistent with international standards—for example, those of the US Institute of Medicine (3). What the AMWF does not stipulate, however, is that no one in the guideline development group is allowed to have any links to industry (4). The intention is not to exclude relevant expertise per se. Inspired by the rules, many lively, open, and mostly constructive discussions take place in Germany’s guideline groups. The decision in favor of a certain process for handling conflicts of interest should remain with the groups and should be reported transparently.

It is questionable, however, whether the 2006 guideline that was arbitrarily selected for this article—with its rather daringly constructed association (which was interpreted in a partially biased way) of a recommendation and a link of the authors to the pharmaceutical industry—will prompt a constructive, critical handling of the subject among guideline authors or whether it will trigger a trend—triggered by fears—towards a lack of transparency. Furthermore, reducing the problem to the industry links of guideline authors does not do justice to this complex subject.

There is no simple solution to this problem. For this reason, transparency regarding conflicts of interest and the handling of the guideline development group are crucial for the credibility of future guidelines. 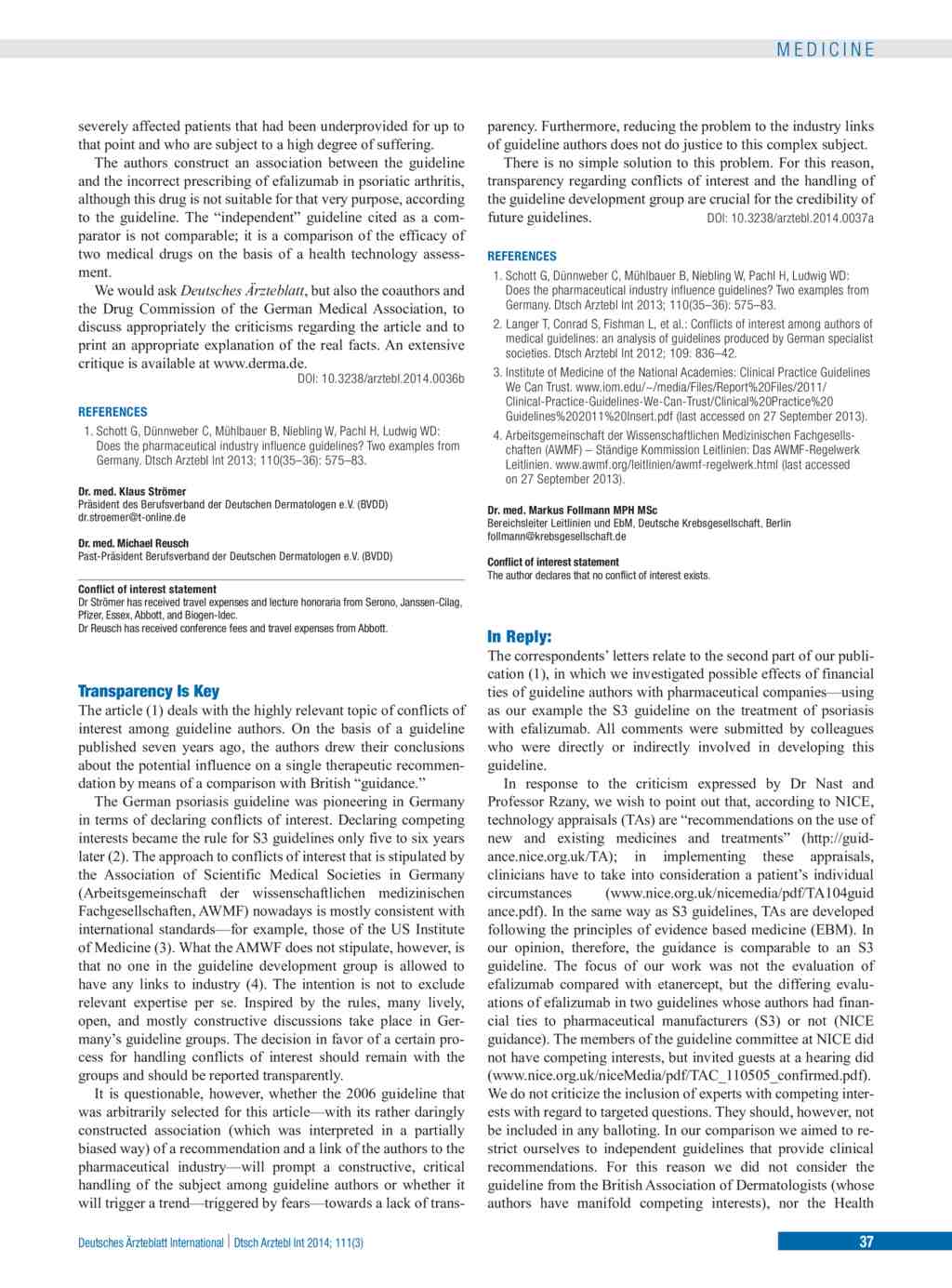