Professor Kiesewetter appropriately explains the pathogenetic sequence from parenchymal hemorrhage as a result of germinal matrix hemorrhage and other factors (venous infarction if the flow from venous vessels is obstructed). This obstruction in the thin-walled, large-lumen venous collection vessels is presumably due to the vascular anatomy, the raised intrathoracic pressure, and partly to iatrogenic pressure variations, but typically not to venous thrombosis. Because of this, and bearing in mind the prohemorrhagic side effects of heparin, we would, on the basis of the current evidence, strongly advise against heparin treatment (1).

An individual clotting status, for which 1.6 mL citrate blood is required, extracts about 4% of the total blood volume from a premature neonate weighing 500 g. In view of the uncertain age-specific reference range and uncertain intervention thresholds, this intervention should be based on careful weighing up of the benefits and harms. Intervention thresholds in thrombocytopenia are not evidence based, either (2).

The administration of magnesium was the subject of controversial discussion in our working group. In order to utilize the neuroprotective effects of magnesium, a high serum concentration is required; the therapeutic range is narrow. The side effects of muscular hypotension and apnea counteract the attempt to avoid intubation and respiration. Data from the German Neonatal Network have shown an increased rate of intracranial hemorrhage in the combination with fenoterol. Medications with a more beneficial risk profile are available for the purposes of tocolysis (3). 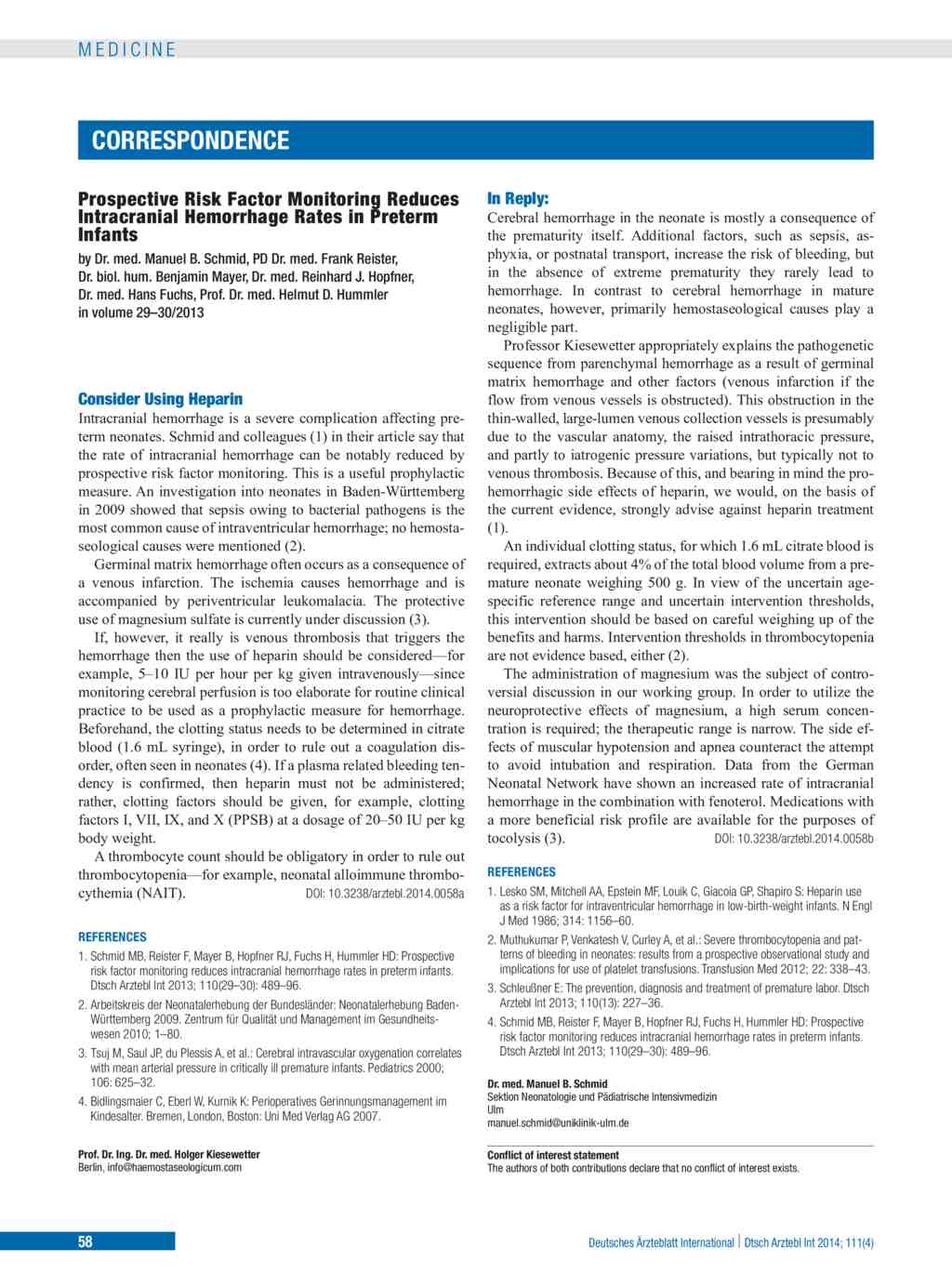