We perform this technique in our hospital by placing the transverse incision between the linea restricta and the distal part of the carpal tunnel, from the palmaris longus tendon in an ulnar direction. After the incision of the antebrachial fascia, adhesions between the flexor retinaculum and the median nerve are released. A second, distal-longitudinal incision is placed in the linea vitalis above and throughout the distal carpal ligament. The carpal ligament is split up to the superficial ulnar arch. The advantage compared with the open technique is the fact that no surgical scar is left in the proximal palmar surface region, in which the palmar skin is more tightly connected to the subcutaneous tissue than in other regions. Transversal nerve fibers pass through here that are severed when using the monoportal open standard technique, so that scar pain may occur in the palmar surface region. Compared with endoscopic procedures, the reduced technical complexity is an advantage. It goes without saying that the basis of safe open biportal decompression is an appropriate learning curve. 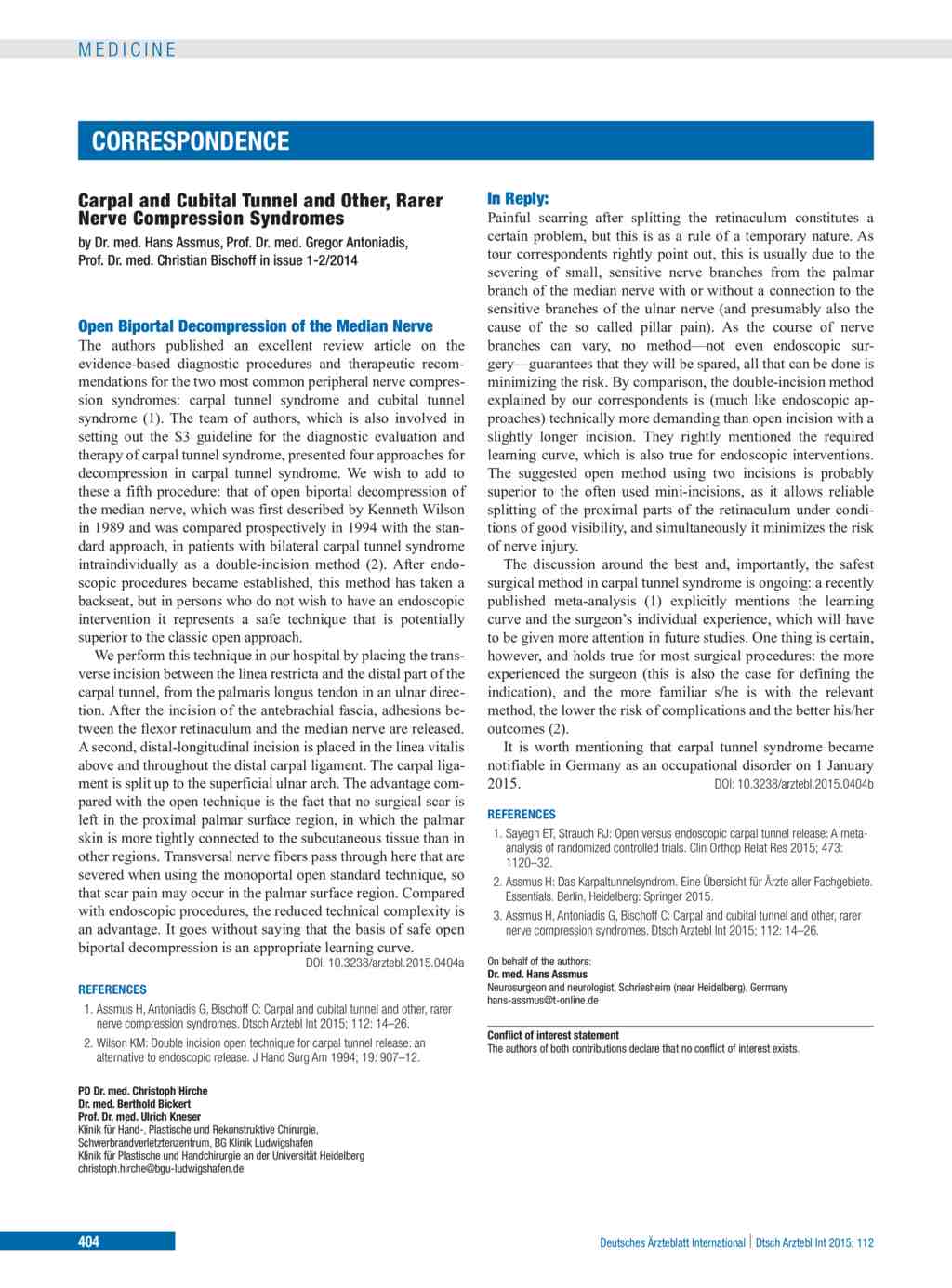