In the surgical part of this review (1), the classification of cervical lymphadenectomies is restricted to central and lateral neck dissections. However, it is rather accurate and relevant to further break down and refine the latter term, as the surgical morbidity associated with classic radical or modified radical neck dissections can be significantly reduced by offering standardized, functional and selective neck dissections instead.

Similarly to other head and neck cancers, the American Thyroid Association (ATA) recommends the classification of the American Head and Neck Society, to precisely identify neck levels from I to VII, with additional side designation (2). Of these, levels I to V are included in a comprehensive lateral neck dissection, while levels VI and VII make up a central neck dissection. In cases with lateral lymph node involvement, where the metastatic burden is limited to levels III and IV, a selective dissection of levels IIa, III, IV, and Vb is recommended (2).

Further, there is evidence that the lymph node ratio (LNR), defined as the number of positive lymph nodes (numerator) divided by the total number of removed lymph nodes (denominator), is an independent prognostic factor (3). This is why it is paramount to achieve oncologic completeness by removing all lymph nodes from the selectively targeted neck levels while leaving all non-lymphatic structures intact, as this result has prognostic implications. The denominator of LNR, also known as nodal yield, depends—among other factors—on the applied surgical technique (4). 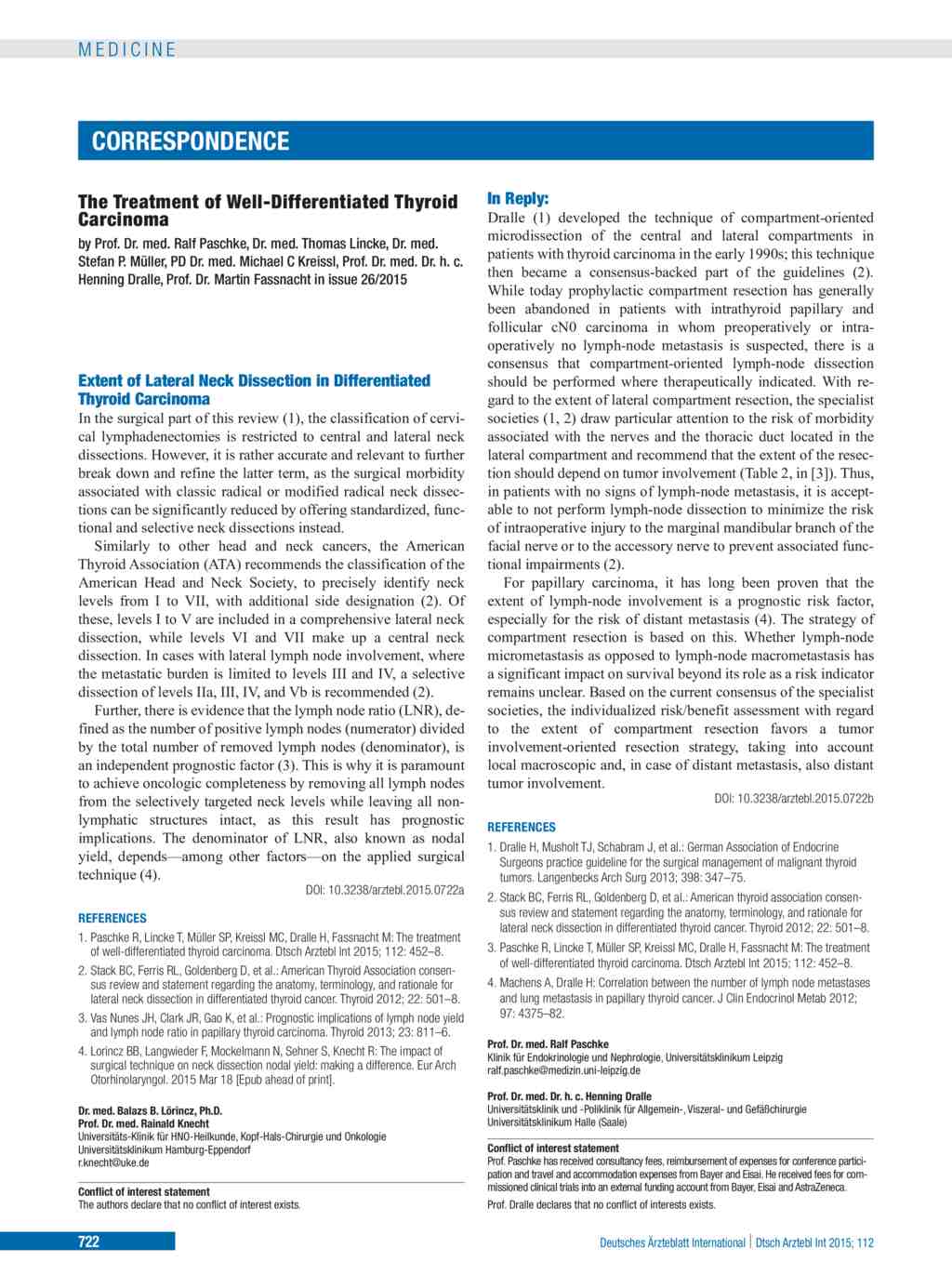