The prevalence of dyslipidemia is high. It is usually treated with statins which inhibit HMG-CoA reductase and also coenzyme Q10 synthesis. This may lead to muscle pain. The question whether coenzyme Q10 replacement treatment helps to improve these muscle symptoms has been evaluated in a prospective study.

Between April 1, 2010 and October 31, 2015, 135 patients (58 women and 77 men, mean age 61 years [41–81] and 62 years [37–87], respectively) with dyslipidemia taking doses of 20–40 mg simvastatin were treated with a dose of 100 mg coenzyme Q10 daily. All of these patients experienced muscle and joint pain. After having taken coenzyme Q10 for several weeks (at least six weeks), 74 patients reported that the symptoms had disappeared completely, 42 patients reported improvements and 19 patients no improvement at all. The latter were patients with osteoarthritis in whom the symptoms were most likely not primarily related to statin treatment. Caso et al. (1) also found a reduction in muscle pain in patients treated with 100 mg coenzyme Q10, while Young et al. (2) did not find a positive effect.

Therefore, first it should be attempted to treat the coenzyme Q10 deficiency with a diet rich in liver, oily fish, nuts or pulses. In addition, it should be tried to establish an alkaline diet (vegetable, fruits). At the same time, the intake of acidic food (cereal products, pasta, hard cheese, curd cheese, fish, and meat) should be reduced. By establishing a morning pH of 7, it is possible to prevent muscle hyperacidity associated with limited blood flow as well as muscle pain (3).

Based on these data, coenzyme Q10 replacement treatment appears to be beneficial in patients who do not experience pain alleviation with these dietary measures. 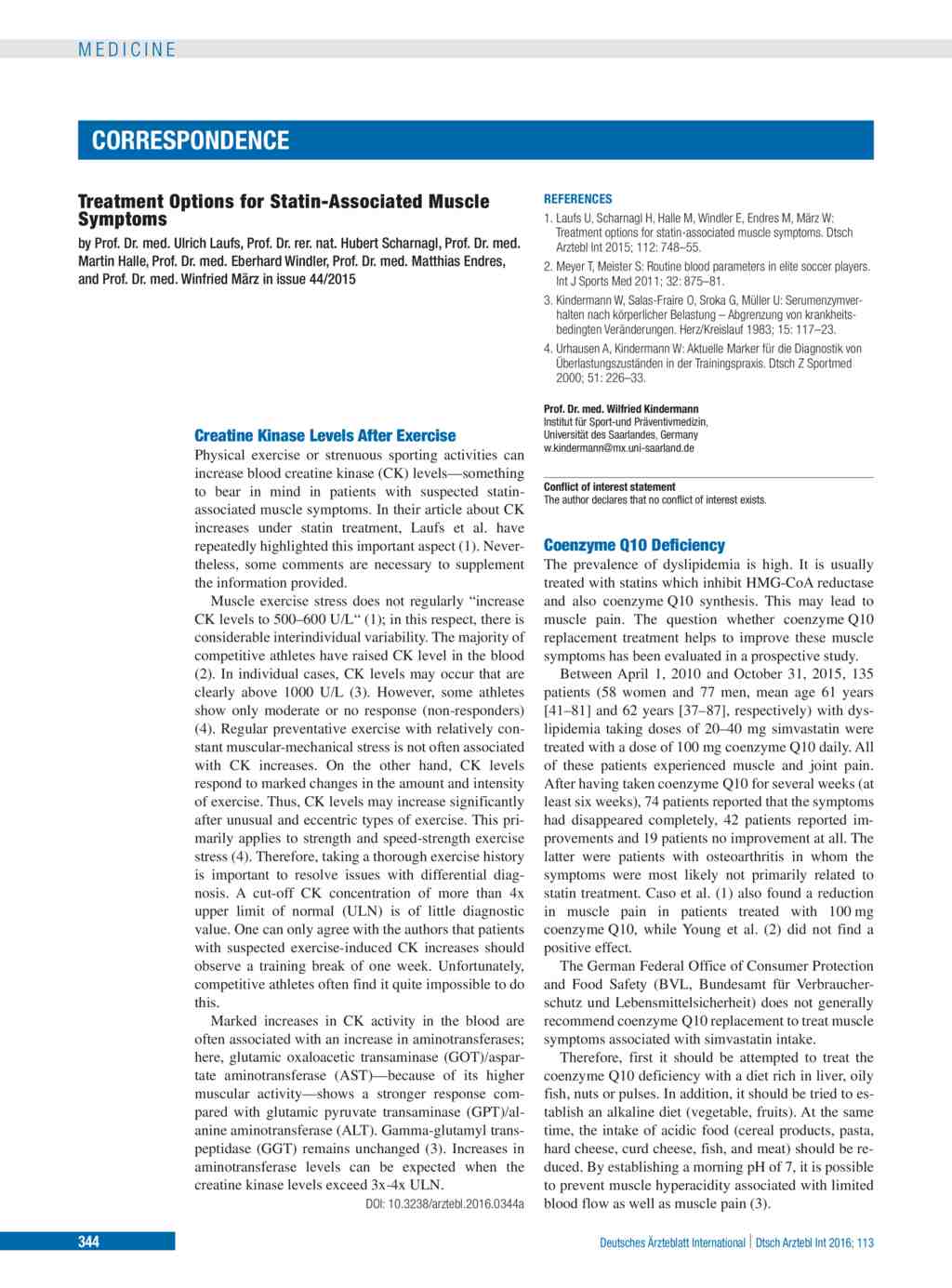