We thank Prof. Kiesewetter for pointing out that desmopressin can be used for preventing and treating hemorrhages in patients who are being treated with platelet aggregation inhibitors; however, their benefit in relation to the new P2Y12 inhibitors has not been confirmed yet (1). In our view, local hemostasis using cyclokapron solution (tranexamic acid) is rarely practicable in endoscopic procedures; a conceivable scenario is local hemostasis by using soaked gauze pads for hemorrhoidal bleeds. A Cochrane analysis showed a reduction in mortality when tranexamic acid is used (i.v. or p.o.) in upper gastrointestinal hemorrhage versus cimetidine/lansoprazole and for tranexamic acid versus placebo; but only one of the included studies had entailed endoscopic therapy (2). For this reason, the study results cannot be compared with clinical reality. It is also correct that vitamin K antagonists can indeed be antagonized with prothrombin complex preparations (as we mentioned in our review article [3]), but these seem of limited effectiveness in terms of antagonizing NOACs (4).

We also thank Dr. Pommer for his important comment on using idarucizumab. He correctly points out that further studies are needed in order to understand the clinical value of idarucizumab. In our view such studies are required particularly because the mentioned study did not include a control group (5). The pharmacologically rapid antagonization of dabigatran by idarucizumab is remarkable and promising. In our opinion, the mean time of 11.4 hours (which roughly equals the half-life of dabigatran), which was observed in the relevant study until hemostasis had been achieved, should not prompt any conclusions about a lacking efficacy of idarucizumab. However, the question of whether a clinically relevant value will be found for any more than individual, selected cases (for example, patients with severe acute renal failure and a particularly massive hemorrhage) will have to remain unanswered for now. 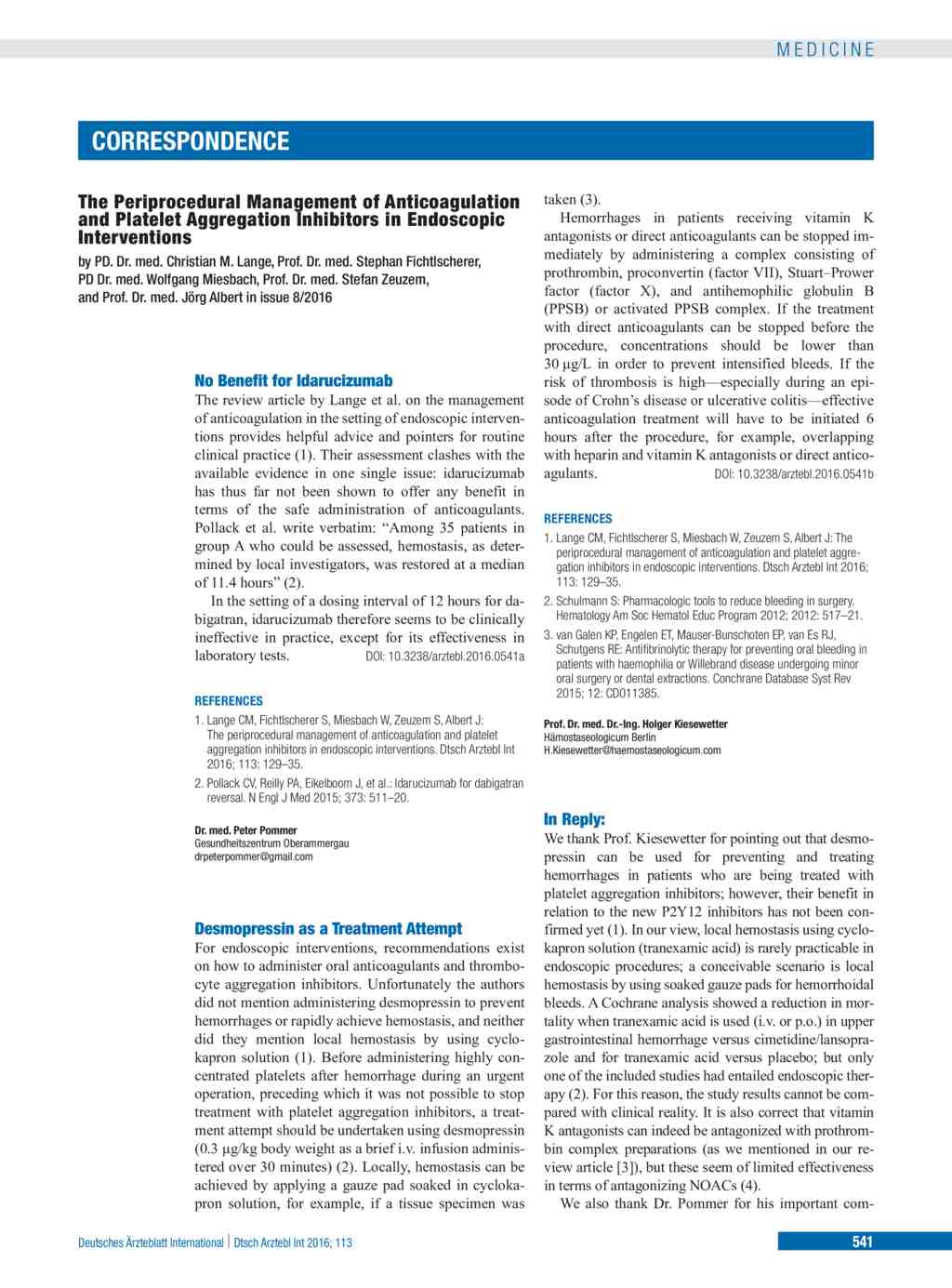