DÄ internationalArchive8/2017Spiral Fracture of the Humerus after a Tennis Serve

Spiral Fracture of the Humerus after a Tennis Serve

Figure
X-ray of the left upper arm: distal spiral fracture of the humerus
Enlarge All figures

A 35-year-old former professional athlete in a team sport who once played on a national team was taken to the emergency room because of very severe arm pain that had arisen suddenly after a tennis serve. There was no relevant past medical history, and he was not taking any medication, illicit drugs, or anabolic steroids. Physical examination revealed marked swelling, local tenderness, and pain on movement in the middle and lower third of the upper arm, as well as a mild wrist drop with hypesthesia in the thumb and index finger, accompanied by loss of strength. The pulses in the injured arm were normal. An x-ray revealed a distal spiral fracture of the humerus with a bone wedge, without any evidence of pathological bone morphology (Figure). An osteosynthetic procedure was performed. The radial nerve was exposed at surgery and found to be macroscopically intact. It is obviously a rare event for a distal humerus fracture with radial nerve neurapraxia to be induced by the patient’s muscular strength alone during tennis without any other precipitating factors.
The pathophysiology in this case probably resembles that of throwers’ fractures, which have been described in the literature (1, 2).

Figure
X-ray of the left upper arm: distal spiral fracture of the humerus
Enlarge All figures
Spiral Fracture of the Humerus after a Tennis Serve 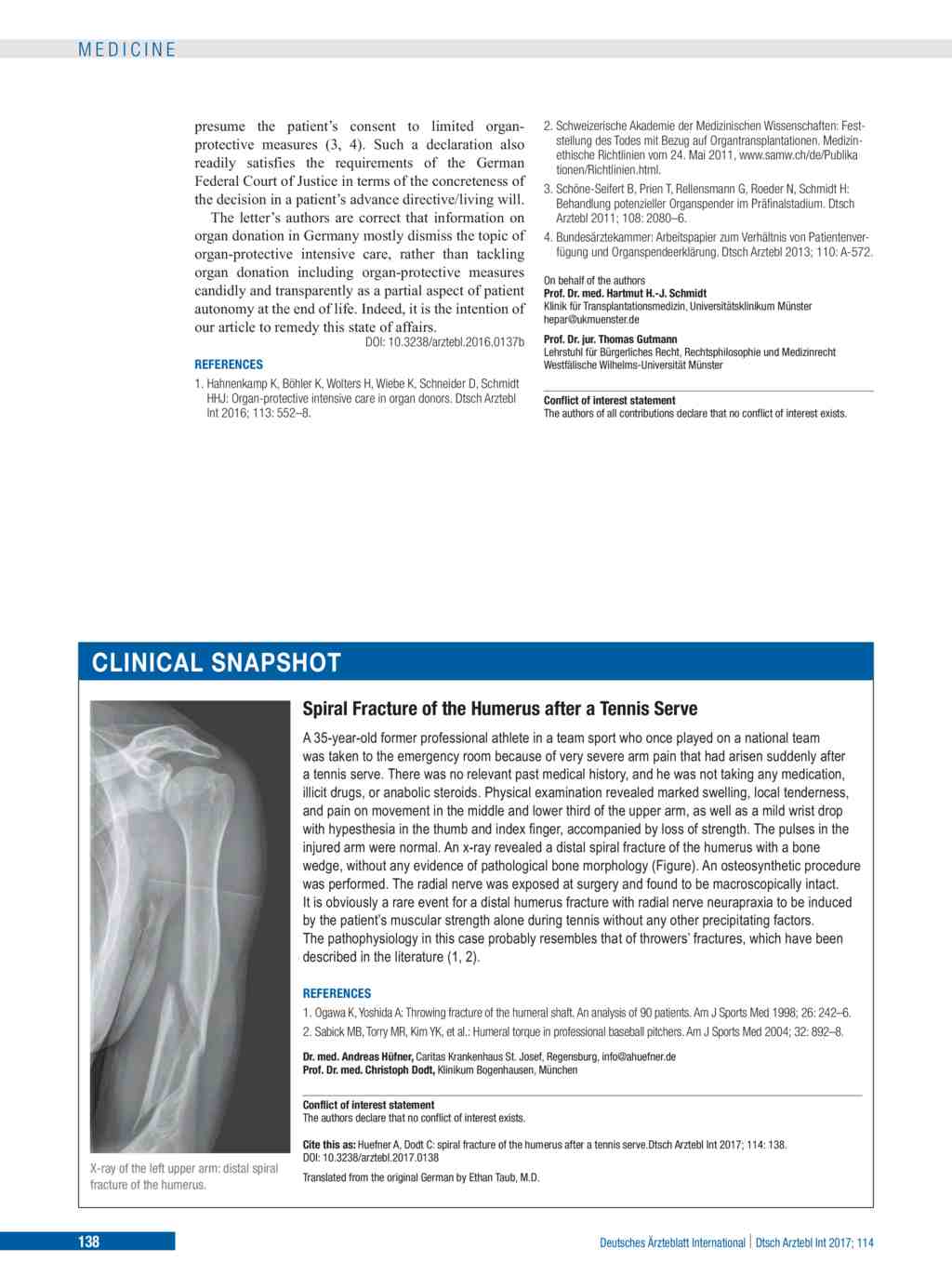