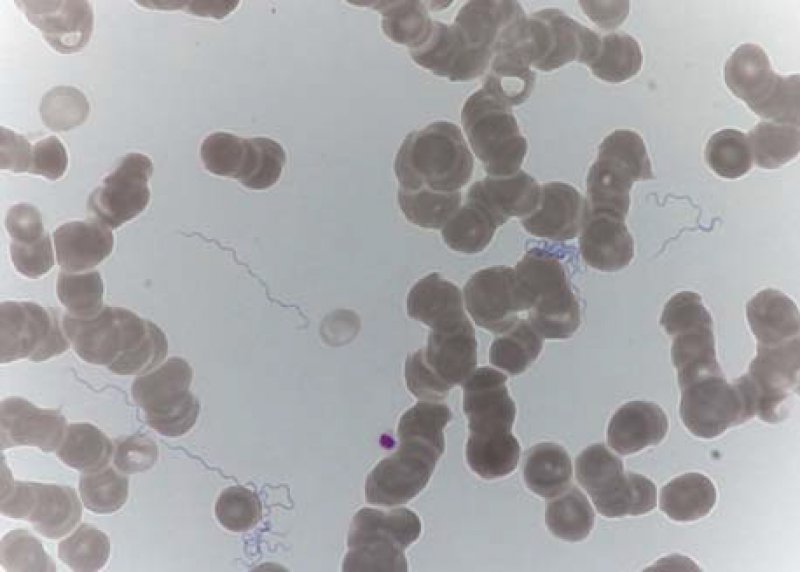 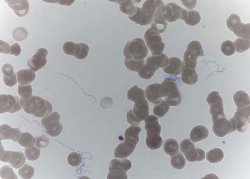 A 24-year-old Somali asylum-seeker was admitted via the emergency room with high fever and multiple organ failure. The laboratory findings were indicative of a severe acute infection, acute renal failure, and disseminated intravascular coagulopathy. The diagnosis of louse-borne relapsing fever, caused by Borrelia recurrentis in the setting of infestation with Pediculus humanus humanus, was made microscopically with a blood smear/thick-drop preparation, and on the molecular level by PCR. Pappenheim staining enabled the visualization of multiple spirochetal (screw- or spiral-shaped) bacteria. Relapsing fever borne by body lice has become more common recently in the setting of the current wave of immigration to Germany. Patients present with attacks of high fever, and the diagnosis is made based on a blood smear obtained during a fever spike. Doxycycline is the antibiotic of choice; treatment with this drug, however, can lead to life-threatening immune-mediated side effects (the Jarisch-Herxheimer reaction). The direct or indirect demonstration of Borrelia recurrentis is reportable. Our patient developed acute respiratory distress syndrome (ARDS) and required artificial ventilation because of a Jarisch-Herxheimer reaction, but was extubated within a week and was able to leave the intensive care unit in stable condition. 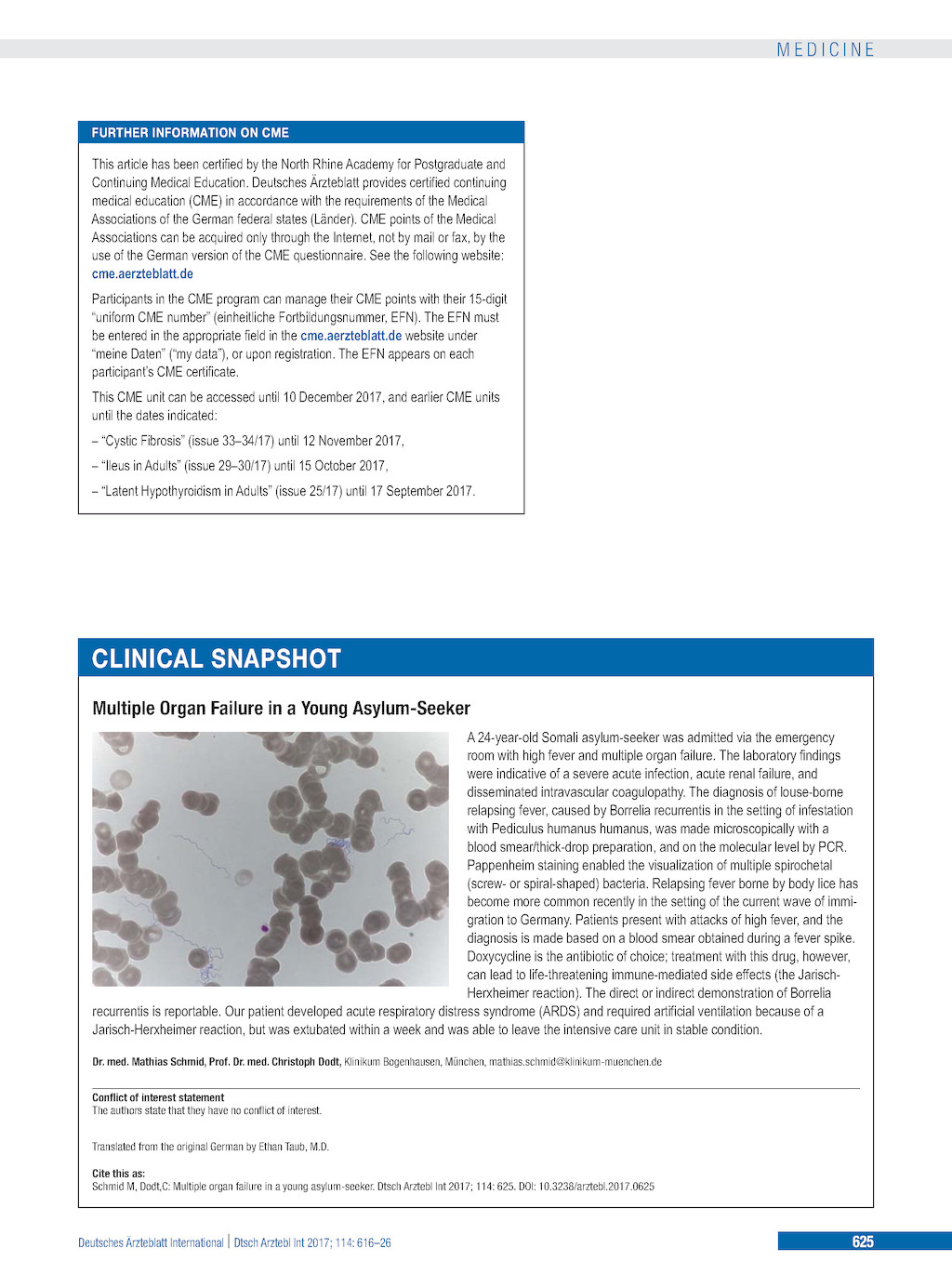