There are no general data on the prevalence of coagulopathies in epistaxis. A prospective study found a coagulopathy in 13% of those who had been admitted as hospital inpatients because of epistaxis (1). Especially von Willebrand syndrome, but also acquired Factor XIII deficiency—which is notably more common than the congenital form—seem to have an important role; it has, however, not been described whether the coagulopathy was the cause of the epistaxis or led to complications or prompted a prolonged inpatient stay (1). Thrombocytopathies are not mentioned either. These are often accompanied by epistaxis but are harder to identify. In the study, a positive platelet function test with a changed concentration of the von Willebrand factor (vWF) was interpreted as a coagulopathy. This excludes all thrombocytopathies.

A retrospective study from the US investigated patients with von Willebrand syndrome, who had presented to the emergency department because of bleeds. 8.7% presented with epistaxis; 50% of these were treated with desmopressin or von Willebrand factor concentrate (2). In pediatric patients who attended emergency departments because of epistaxis, the proportion of those with coagulopathies was 4.5% (3).

Especially in recurrent and bilateral epistaxis of unclear origin, congenital or acquired coagulopathies should be considered. In the context of the diagnostic evaluation, a targeted medical history and familial medical history should be taken with regard to hemorrhagic diatheses, and, if required, extended diagnostic evaluation of coagulation should be undertaken, including vWF diagnostics and platelet function tests (4). Where a congenital or acquired coagulopathy is suspected, further hemostaseological investigations should be conducted, and treatment should be initiated where required. 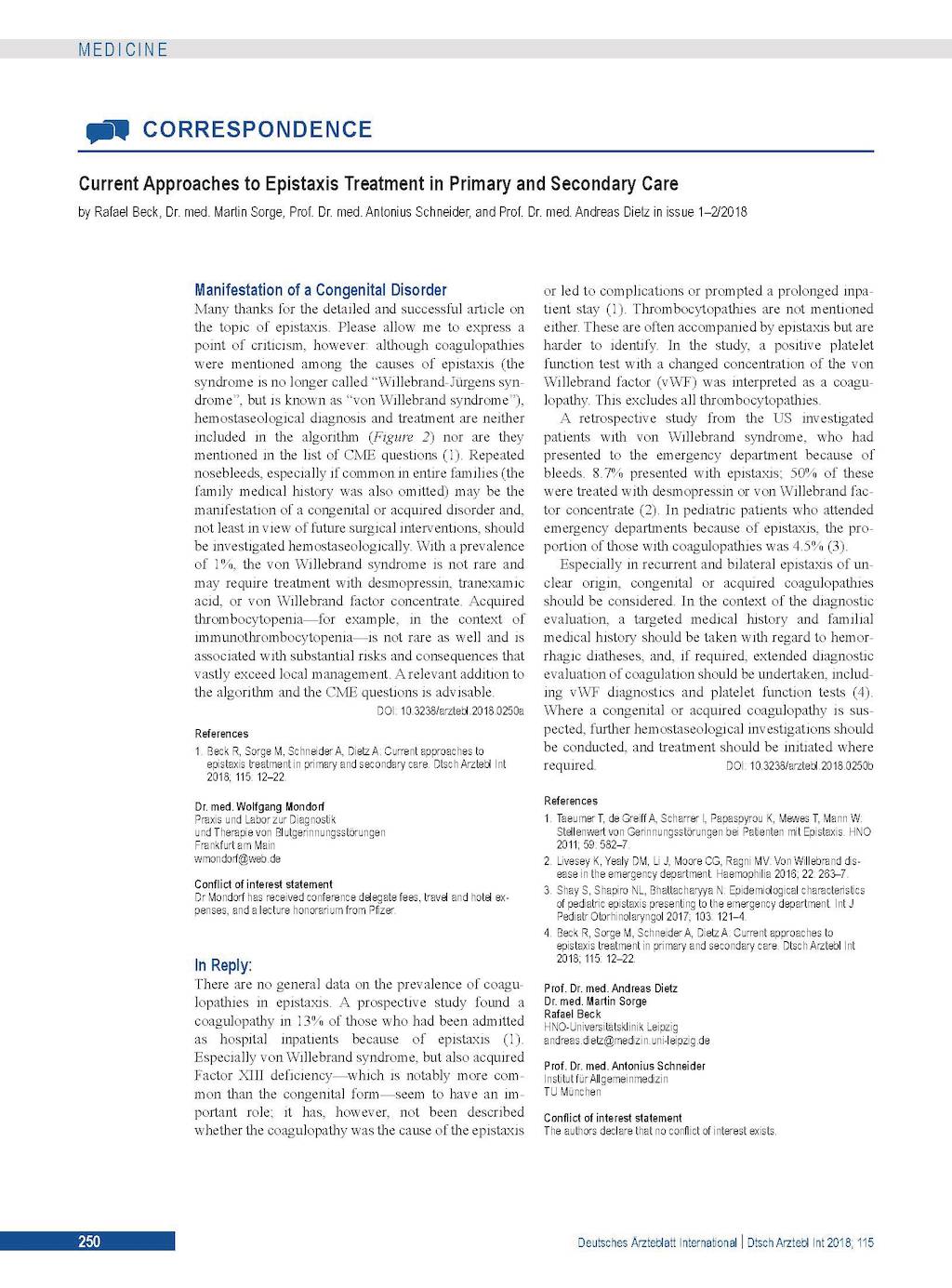