Acute Abdomen in Chronic Anorexia Nervosa with Episodes of Bulimia

A 48-year-old woman reported acute abdominal pain for the previous 3 hours. Clinical examination of the underweight patient (BMI 17.4) found a tight abdomen with diffuse guarding and no bowel sounds. Abdominal computed tomography showed a massively dilated, tightly filled stomach extending into the pelvis. The duodenal bulb and the descending part of the duodenum were dilated, but all other small intestinal loops were narrow. An endoscope was inserted and large quantities of brown fluid and partly digested food were aspirated. Inspection as far as the descending duodenum revealed no obstruction. After endoscopy the patient’s abdomen was no longer dilated and she was free of pain. She reported that before the pain started she had eaten food amounting to around 6000 kcal and drunk 3 liters of cola, all in the space of 1 hour. In contrast to her bulimic episodes over the foregoing 24 years, she had been unable to induce vomiting. High small intestinal ileus caused by obstruction of the horizontal segment of the duodenum due to acute gastric dilatation is a rare, potentially fatal (gastric necrosis, gastric rupture) complication of extreme overeating.

Acute Abdomen in Chronic Anorexia Nervosa with Episodes of... 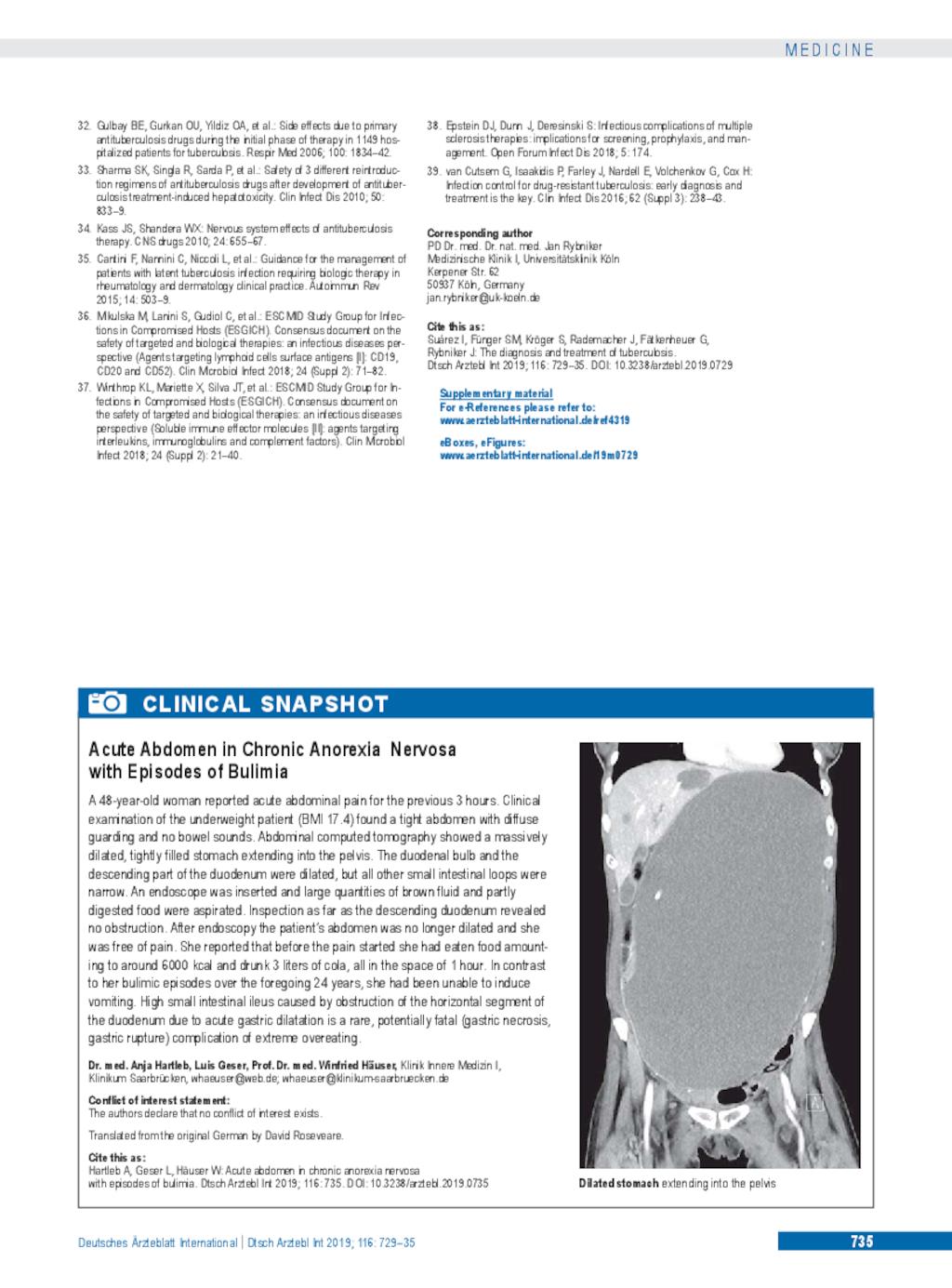