A 92-year-old female patient was brought to the emergency department in poor general condition by the emergency services with a 4-day history of persistent nausea, intestinal cramps, and vomiting. The patient had a history of cholecystolithiasis. A 6.2-cm gallbladder concrement had been documented on ultrasound at the authors‘ institution 1 year previously. Due to the symptoms of ileus, a native computed tomography had been performed as part of the on-site emergency response. This revealed a 7-cm concrement in the first jejunal loop and the consecutive picture of small intestinal ileus and pneumobilia (Figure). On the basis of these findings, emergency surgery was indicated. Following laparascopic abdominal adhesiolysis by means of minilaparotomy and jejunostomy, the concrement that had migrated over the course of the previous year from the gallbladder via a biliodigestive fistula to the jejunum was removed. The postoperative course was uncomplicated. In the case of known cholecystolithiasis and symptoms of ileus, gallbladder ileus should be considered in the differential diagnosis. 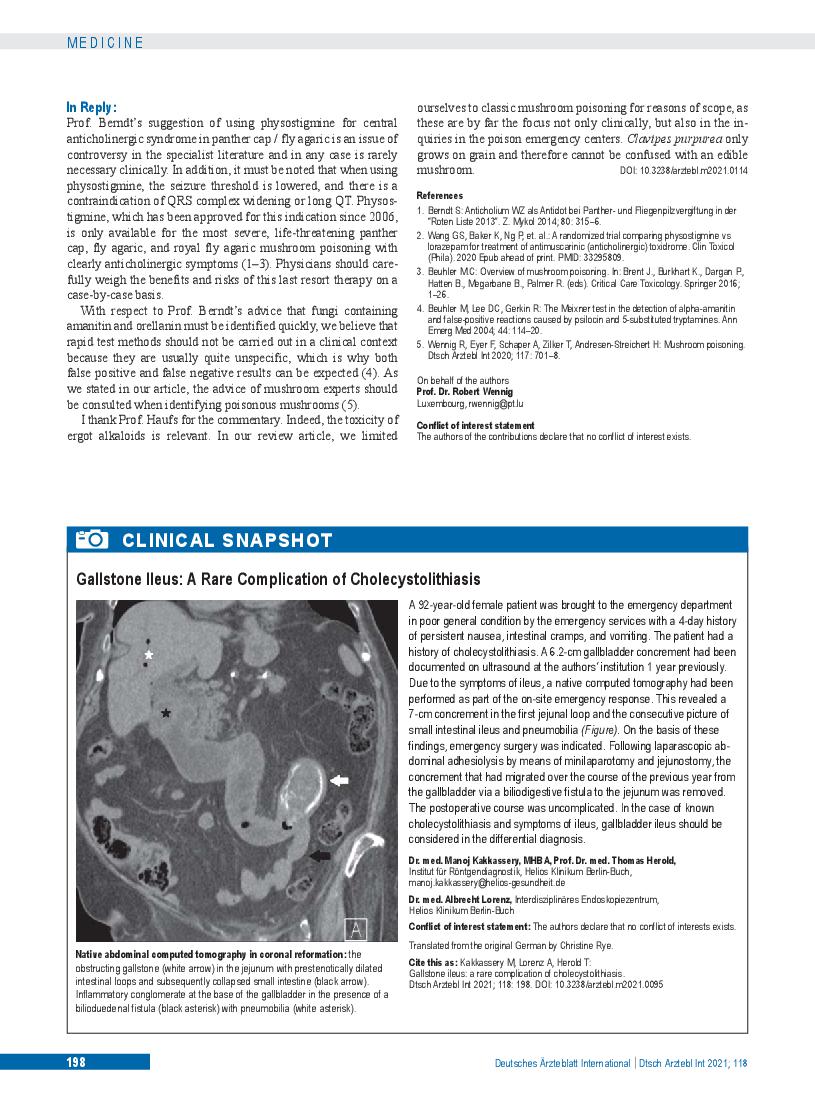