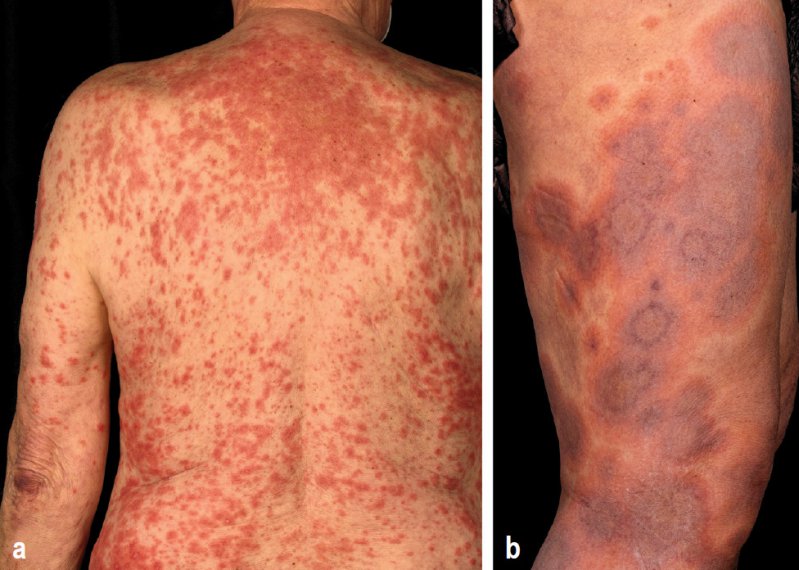 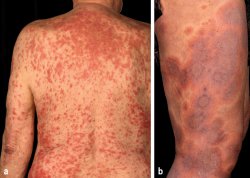 Two male patients, aged 75 and 68 (Patients A and B; left and right in the Figure, respectively), consulted our urgent outpatient dermatology clinic on the same day, both of them because of skin changes that had arisen acutely, three and nine days (respectively) after their second vaccination against COVID-19. Patient A had received the BioNTech/Pfizer vaccine, and Patient B had received the Moderna vaccine. Both patients had received their second vaccination four weeks after an uncomplicated initial vaccination with the same agent. Both of them were tested negative for SARS-CoV-2 on presentation to the dermatology clinic (rapid test and polymerase chain reaction for both patients). In each case, the clinical finding was of a mildly pruritic multiform erythema with erythematous/livid, partly target-like efflorescences not involving the mucous membranes, histologically consistent with a drug reaction. Patient A was treated with a systemic steroid (prednisolone) and Patient B with a topical steroid (betamethasone); the skin changes resolved completely within two weeks in both patients. Although exanthems have been described as appearing in up to 10–15% of patients with COVID-19 infection, corresponding skin changes after vaccination against COVID-19 have been reported to date only in rare cases. The fact that these changes arise a few days after vaccination implies that they are due to a delayed vaccination reaction. 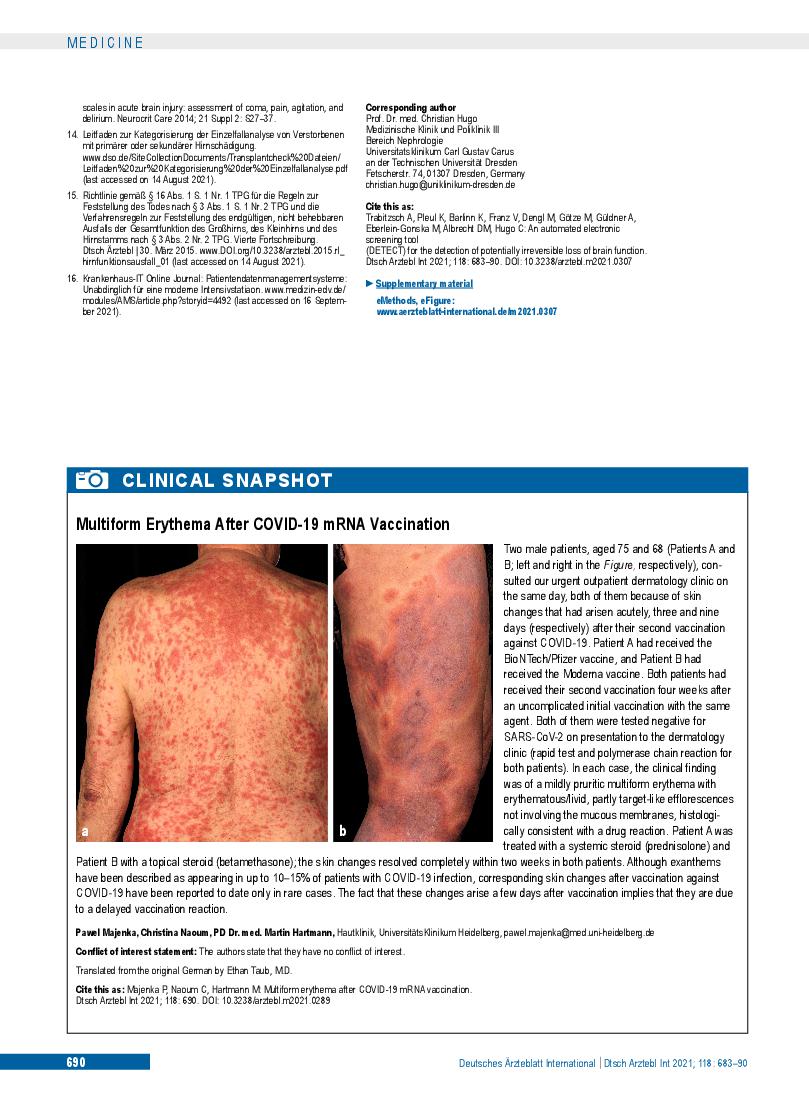