Malignant Changes in the Hard Palate

A 35-year-old man presented with changes in the mucosa of the hard palate. He reported that the tumor had appeared within the last 12 months and had never caused him any problems. There was a solid mass measuring 2.3 × 1.6 cm on the hard palate. There were also irregularly hyperpigmented maculae in the area immediately surrounding the tumor (Figure). Excision biopsy revealed melanoma of the mucosa, Breslow depth 5 mm. Preoperative staging showed no evidence of distant metastasis. The melanoma was completely excised by partial maxillectomy and subsequent upper jaw reconstruction. Twelve months after the successful tumor removal, multiple metastatic melanomas were found in the lungs, subcutaneously, and in the pancreas. Systemic therapy with the immune checkpoint blockers ipilimumab and nivolumab was unsuccessful. Malignant melanomas of the palate are extremely rare, often progress more aggressively than cutaneous melanomas, and are associated with poor prognosis. The patient died as a result of his mucosal melanoma 29 months after diagnosis. 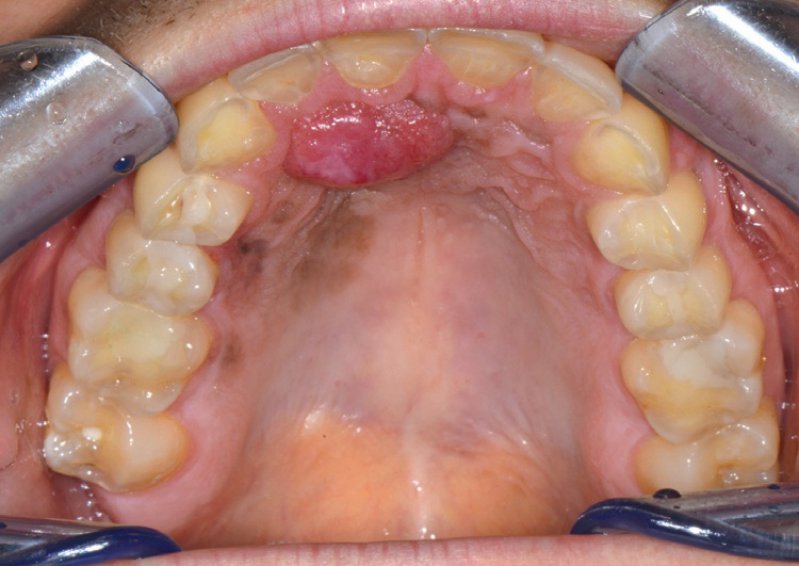 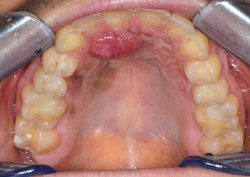 Figure
Malignant Changes in the Hard Palate
Enlarge All figures 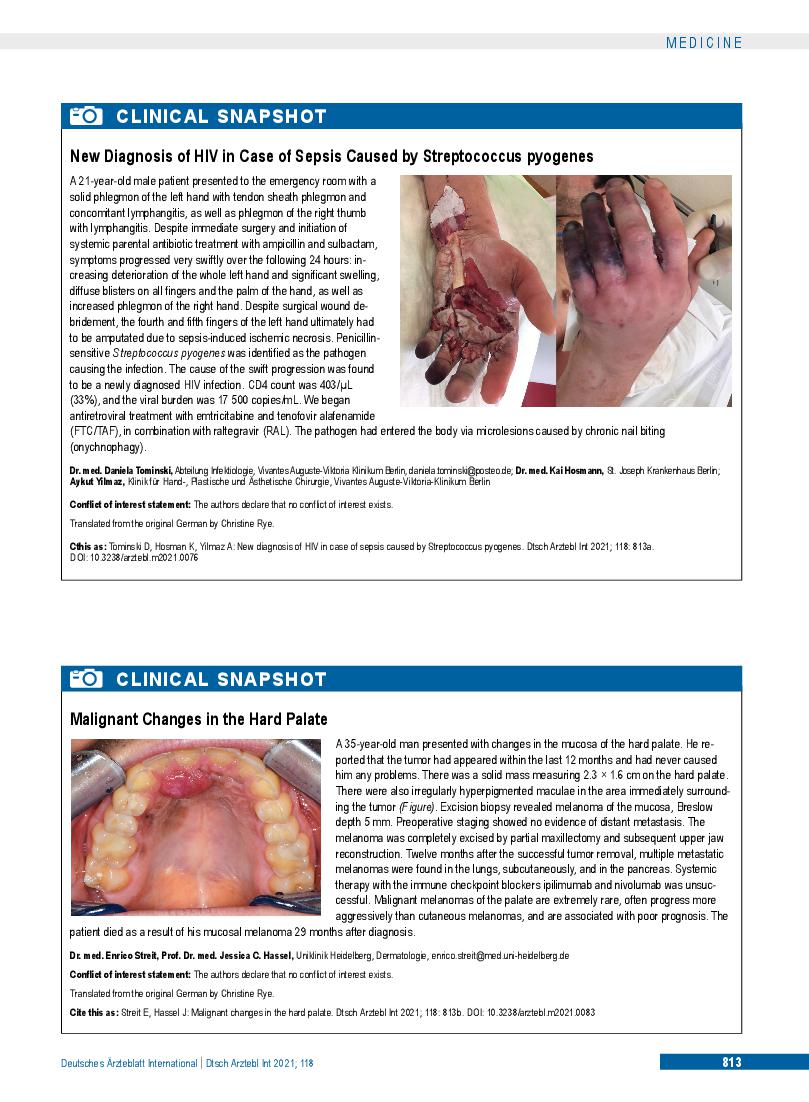