The CME article addresses primarily general practitioners and family doctors. As a specialist physician in private practice with many years' experience in collaborating with referring colleagues I wish to draw attention to an option for initial treatment that has been tried and tested in the general practice setting.

No mention was made of prescribing the sedative tricyclic antidepressant opipramol, especially as nighttime medication.

This drug can be used even today, and at very low dosage, to treat early awakening, the particularly tormenting symptom of most forms of depression, with few side effects. Another "tricyclic option" that should have a place in general practice is trimipramine; the fact that it comes in the form of drops makes it particularly suitable when starting treatment.

Following the authors' recommendations would mean that the only antidepressant with the desired sedative effect is the "modern" drug mirtazapine, although this often causes restless leg syndrome in elderly patients.

The highlighted "nonresponder" rate of 30–50% applies for this drug too. There are more than enough patients nowadays—even those of an advanced age—for whom the absolute contraindications of tricyclic antidepressants do not apply and in whom the undesired side effects are limited.

Supported by such medication, even the general practitioner or, in more severe cases, the psychiatrist can prescribe a stimulating antidepressant without having to fear sleep deprivation and inner unrest.

The tricyclic antidepressants and the art of differential therapy should not be altogether sacrificed on the altar of guideline conform medicine (1). This is even more so because in the near future, pharmacogenetics will enable us to predict desirable and undesirable effects even in antidepressants. DOI: 10.3238/arztebl.2009.0321b 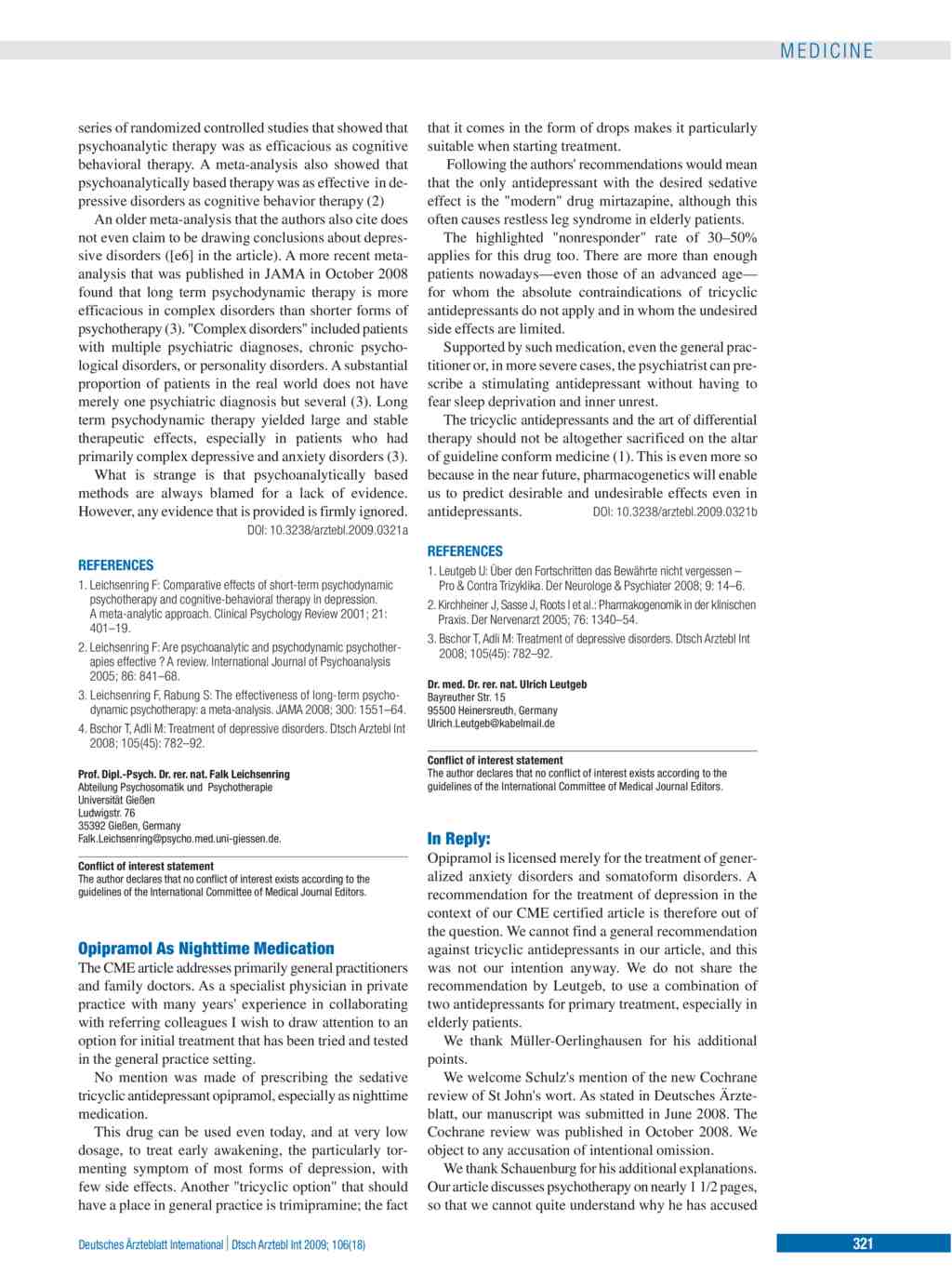