Association Studies Often Lack Plausibility – Back to the Future of Mechanisms

Publications of various association studies with statistics for (relative) risk without a plausible mechanistic explanation or hypothesis for such associations/observations are a widespread problem these days. Regarding vitamin D this holds true not only for various cancers, as discussed by Zeeb and Greinert, but also for hypertension, metabolic syndrome, and others (1, 2). Rickets and osteomalacia were rampant before vitamin D fortification of foods in the 1930s in the United States, whereas obesity, colon, and breast cancer were less prevalent or underdiagnosed. Nowadays, obesity and vitamin D deficiency are epidemic in the U.S. and in developing countries. One has to consider that vitamin D is stored in fatty tissue with subsequently rather low measured serum vitamin D levels (3). Bone density of obese individuals is usually normal though. Data regarding vitamin D and its relationship to various cancers are scarce in developing countries. However, it is known that approximately 50% of all women with breast cancer in Arab countries are younger than age 50 years (3). In this regard, instead of vitamin D, other factors may play a causative role, for instance, endocrine disrupting chemicals (pollution) which occur in industrialized and in developing nations. Optimal vitamin D substitution is recommended while avoiding vitamin D toxicity which depends primarily on concomitant calcium intake and parathyroid hormone levels and is rare using ergo/cholecalciferol up to 10 000 IU (250 mcg) daily. The fight against the worldwide obesity and vitamin D problem starts in the head with the willingness to live a healthy lifestyle with both balanced food and physical activity, high goals in „sick“ (out of balance) societies who have lost common sense and often overemphasize the intake of pills (4).

Division of Internal Medicine and Hypertension 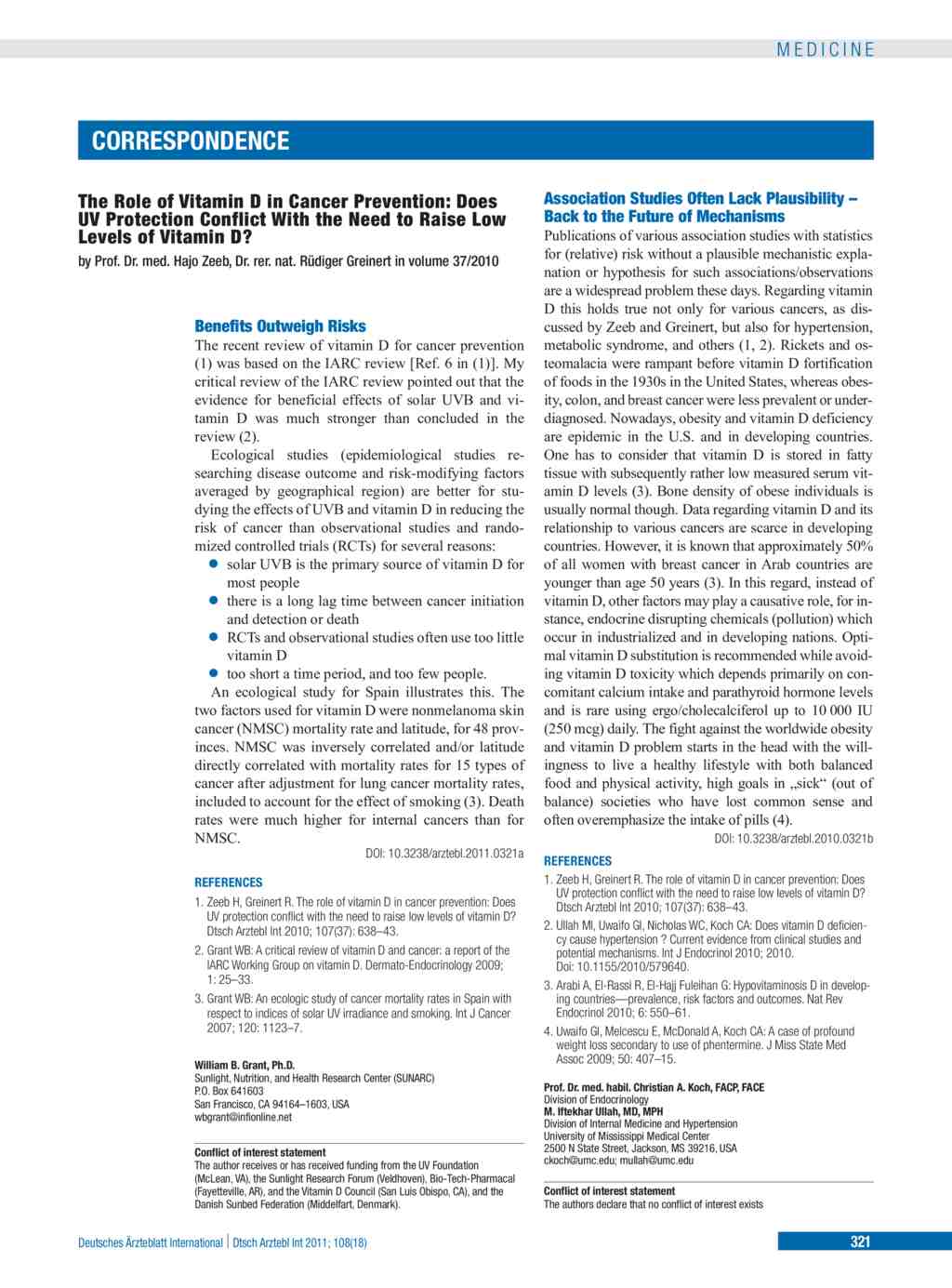